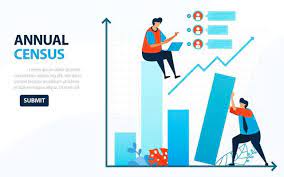 This article was first published in On Line Opinion, 4 July 2022.

Hugh Harris did it as a Rationalist in his Opinion piece on the census in 2017: ‘MORE Australians ticked “No religion” in the 2016 Census than any other belief category’ (Courier-Mail, June 27 2017).

Further ‘religion bashing’ came in 2017 from another Rationalist, Tosca Lloyd: “The pressure, then, for governments to take seriously the need for our society to secularise is more powerful than ever. But we still have a long way to go. While the requirement of all parliaments in Australia, state and federal, to cite the Lord’s Prayer at the opening of their deliberations is manifestly at odds with the notion of a secular government, there are less symbolic reminders of religious bias” (Sydney Morning Herald, June 27, 2017).

A representative of the anti-God Humanist Society, Heidi Nicholl, could not get away from harping on the “no religion” theme, ‘The 2021 Australian census results have shown a significant rejection of religiosity with the proportion of people choosing “No religion” increasing from 29.6 per cent in 2016 to 38.4 per cent in 2021, in figures released by the ABS.’ The title of the article was, ‘Census results mean religions should stop getting special treatment.’ Why should minority groups refuse to receive special treatment? A public outcry should follow if people claimed the Stroke Foundation should not be supported as it provides for a minority group of victims. The same should happen for the support of a third of the population with disabilities.

What is religion and do we need it? Religion is ‘the belief in and worship of a superhuman power or powers, especially a God or gods.’ There is nothing especially Christian about religion, particularly when it relates to serving ‘gods.’ Religion is easily contaminated.

The demise of religion could be a step in the right direction if it related to worship of the true God. We need to make it clear what will replace this breakdown of religion.

Is Australia becoming a nation to be evangelised?

The Rationalist, Humanist and Atheist may become excited by this failure of religion, but I look to the future with much hope because of the power of the Gospel to change lives for the better. These figures from the census are God’s call to evangelical (those who believe the Gospel) Christians to proclaim the Gospel.

I’m old enough to have read John Bunyan’s Pilgrim’s Progress in high school. This John Bunyan classic was looking forward to the celestial city, the City of God. Bunyan was thrown into prison for three months for refusing to follow an Elizabethan Act against religious freedom. In all, Bunyan spent 12 years in prison, giving him time to write 60 books. Since its writing, Pilgrim’s Progress has been translated into more than 200 languages.

All societies, whether rationalist, humanist, atheistic or Christian need to understand that their freedom to express their views is based on a worldview obtained from the Christian Bible: ‘And calling the crowd to him with his disciples, he said to them, “If anyone would come after me, let him deny himself and take up his cross and follow me”’ (Mark 8:34 ESV). The Old Testament also supported this view of freedom: ‘But if serving the Lord seems undesirable to you, then choose for yourselves this day whom you will serve, whether the gods your ancestors served beyond the Euphrates, or the gods of the Amorites, in whose land you are living. But as for me and my household, we will serve the Lord’ (Joshua 24:15 NIV).

The Rationalist can choose a rationalist’s worldview because God has given all people the freedom of choice. My experience is that few secularists are prepared to admit this freedom to believe whatever they choose came from God. If they want to give up God from the Aussie culture, be prepared to forego freedoms.

If the ‘no religion’ category falls further in future census data, Australia is moving closer to where the early church was with a preponderance of religions in the first century. However, this was a fertile field for this kind of Gospel proclamation.

Christians remained the largest religious group in the world in 2015, making up nearly a third (31%) of Earth’s 7.3 billion people, according to a new Pew Research Center demographic analysis. But the report also shows that the number of Christians in what many consider the religion’s heartland, the continent of Europe, is in decline.

Australia needs a widespread proclamation of this Gospel for positive numbers to increase and for God to be exalted:

Then Jesus came to them and said, “All authority in heaven and on earth has been given to me. Therefore go and make disciples of all nations, baptizing them in the name of the Father and of the Son and of the Holy Spirit, and teaching them to obey everything I have commanded you. And surely I am with you always, to the very end of the age” (Matthew 28:18-20 NIV).