That’s not what happened when One Nation objected to a policy of the National Party. On the One Nation website in July 2018, , it stated:

Again the National Party have (sic) tried stealing another One Nation policy.

During the last sitting of Parliament, I put to the Government that North Queensland, New South Wales and Victoria all need a new coal fired power station built to drive electricity prices down.

I was told NO quite soon after that discussion took place.

I wasn’t shy about my plans either – I made sure people in Canberra knew I wanted them. Clearly that’s where the National Party picked up the idea and ran with it today in the Australian.

Perhaps the National Party can come and have a meeting with me and I’ll share a some additional policies they can help me drive.

There were 11 comments published after at the conclusion of this article / news release. All of them were in favour of what Pauline wrote above.

Then I sent this reply on Sunday night, 8 July 2018 at 11:57pm, it provided evidence to contradict what Pauline Hanson’s One Nation wrote above. I stated:

You are talking sense and I support your policy of new publicly owned coal-fired power stations. Congratulations on supporting this move.

However, some of your facts were false.

You state that you made it known in Canberra you supported new coal-fired power stations. Then you added: ‘Clearly that’s where the National Party picked up the idea and ran with it today in the Australian’.

You are copying what the National Party premier, Joh Bjelke-Petersen, did and Bob Katter supported it. It was Katter who was engaged in arranging for coal to be delivered from Blackwater to the Gladstone power station. My understanding is that half of the power from coal was generated during the Bjelke-Petersen era.

Who is going to the Longman by-election with policies in support of coal-fired, publicly owned power stations?  The Australian Country Party, The Labour-DLP, and Pauline Hanson’s One Nation.

The Nationals didn’t steal the coal-fired power station idea from One Nation. Could One Nation have adapted it from the Nationals of the time when Joh was Premier of Qld, 1968 to 1987.

I check the One Nation website again at 6:57pm, Tuesday, 10 July 2018 and my comment had appeared HERE. Could this publication have been assisted by …

Since my comment had not been published by 9.04pm on Monday, 9 July 2018, I sent this gentle prod of inquiry, ‘I added to the discussion last night (Sunday) but now (24 hours later) it has not been published. Why has my post been censored?’

Could it be that Pauline’s One Nation does not like being corrected?

4. The truth: The Nationals had the example of previous Nationals to follow

As indicated in my comment above, the Nationals were given the example by the Joh Bjelke-Petersen government in Qld to support coal-fired power stations.

Pauline seems to have sparked discussion in Canberra and the Nationals have supported this policy, which they did in their statement to The Australian newspaper.

Pauline should be giving thanks that the Nationals are supportive of this coal-fired power station policy. But no, Pauline seems to want to gain the credit for the policy. It was a policy that was implemented by the Nationals in Qld. 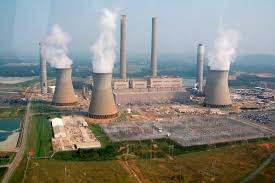 Tony  Abbott has attached himself to the National Party’s push for government-owned and funded coal-fired power stations.

The Nationals are not convinced the National Energy Guarantee (NEG) will reduce power prices as much as they would like, and they have a proposal for the Prime Minister, which includes building new power stations and funding existing traditional ones (Barbour 2018).

Pauline Hanson’s One Nation claim that ‘again the National Party have (sic) tried stealing another One Nation policy’ is false.

When I made a comment about One Nation’s factual errors in the news release above, it was not published on the website until 2 days after I posted it.

ABC News reported that there is a push by the Nationals for government owned and funded coal-fired power stations.