This article was published in On Line Opinion, 20 September 2021, Why I am not a theologically liberal person.

I have deliberately avoided using the sentence: “Why I am not a theologically liberal Christian” as I consider liberals have repudiated any sense of Christianity. John Dominic Crossan of the Jesus Seminar and a supporter of postmodern deconstruction stated: “In discussing the crucifixion, I argued that the story of Jesus’ burial by his friends was totally unhistorical. If he was buried at all, he was buried not by his friends but by his enemies. And not in a tomb hewed out of stone, but in a shallow grave that would have made his body easy prey for scavenging animals.”

What a disgusting way to speak of the death of the Saviour for the sins of the world. It is totally disrespectful and uncouth.

This is an example of theological liberalism in action. Crossan has added to the text, defining Jesus’ resurrection as “an apparition” (i.e. a ghost or phantom).

When I was living in Bundaberg, Rev. David Kidd was the Uniting Church minister who wrote at Easter time 1999 in The Bugle, Bundaberg, Qld, Australia, a local freebie newspaper that was titled, “The Resurrection of Jesus.”  In it, he stated: ‘The resurrection of Jesus. It’s impossible.  Even our brain dies after a few minutes of death.  It’s just not possible’.

This is a characteristic example of what a person’s theological liberalism does to the Bible, by denying the supernatural and imposing a naturalistic, individualistic interpretation on the text. It is called eisegesis – imposing one’s own meaning on the text instead of allowing the text to speak for itself and for meaning to be obtained from the words of the text.

He did not get that view from the Bible. It was out of the mind and theological liberalism of David Kidd.

I would break the rules of grammar and syntax

For me to follow the examples above, I would discard the rules of grammar and syntax I use everyday for the reading of the Brisbane Courier-Mail. I would not go to the Bible for a literal understanding of its content.

I would be ashamed of the Bible’s literal content.

To be a theological liberal, I would be ashamed of the literal interpretation of the Bible. I would be classified as a “fundamentalist” who would be scoffed at. I’m not afraid of the term “fundamentalist” but when it is used in a pejorative way, it comes loaded with the author’s presuppositions against Bible-believing Christians and the Gospel they share.

I would be accepting heresies. 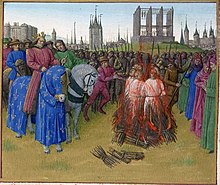 In NT Greek, the term from which we get ‘heresy’ is hairesis. Bauer, Arndt & Gingrich’s Greek Lexicon (1957:23) states that hairesis means ‘sect, party, school’. It was used of the Sadduccees in Acts 5:17; of the Pharisees in Acts 15:5, of the Christians in Acts 24:5. It is used of a heretical sect or those with destructive opinions in 2 Peter 2:1 (‘destructive heresies’ ESV).

The research article on hairesis by Schlier (in Kittel, vol. 1) states that its ‘usage in Acts corresponds exactly to that of Josephus and the earlier Rabbis’ but the development of the Christian sense of heresy does not parallel this Rabbinic use.

When the NT ekklesia (church) came into being, there was no place for hairesis. They were opposed to each other. This author states that ‘the greater seriousness consists in the fact that hairesis affect the foundation of the church in doctrine (2 Pt. 2:1), and that they do so in such a fundamental way as to give rise to a new society alongside the ekklesia’ (Schlier).

Surely that is what we see in the Uniting Church today in Australia (UCA) with its support of theological liberalism’s unbiblical doctrines and most recently endorsing homosexual marriages conducted by its clergy in its churches?

Therefore, the UCA, in supporting same-sex marriage and the anti-supernaturalism of theological liberalism promotes heresy. This heretical poison will destroy the potential of any church or denomination for growth. According to the Christian Research Association, the UCA lost 31% of its attendance from 1996-2006.

Sucked in by a secular agenda.

The major secular agenda today is the acceptance of homosexuality in society and in the church. This is not God’s view but that of a non-Christian perspective.

Dr. Norman Geisler in his chapter on ‘Liberalism on the Bible’ demonstrated how the rise of modern anti-supernatural liberalism had its roots as far back as Thomas Hobbes and Benedict Spinoza in the 17th century. He lays bare how liberalism’s view of Scripture includes:

While theological liberalism is broad in definition, it also can accommodate the postmodern, deconstruction, reader-response ideologies of the Jesus Seminar.

Theological liberals have a major difficulty with the supernatural, so the God who creates and intervenes in our world is taboo. You would not expect to find support for the Virgin Birth or the bodily resurrection of Jesus in theologically liberal churches.

Do you want to empty your churches?

I am not a theological liberal because I do not want to empty the church I attend. In Australia, these are some of the statistics:

Some Australian denominations are in rapid decline while others are growing. According to our calculations based on various surveys, between 1996 and 2006, the numbers attending on a typical Sunday in Australia declined in the following denominations:

“The Church of England is just ‘one generation away from extinction‘, (said) the former Archbishop of Canterbury” (Lord George Carey).

When John Shelby Spong was Bishop of the Episcopalian Church, Newark NJ, the Episcopalian Church lost 40,000 people. “His works infamously speculated that the Virgin Mary was impregnated by a Roman soldier, that St. Paul was a self-hating homosexual, and that Jesus’ unresurrected body was torn asunder by wild dogs.”

That is a brief summary of why I am not a theological liberal.