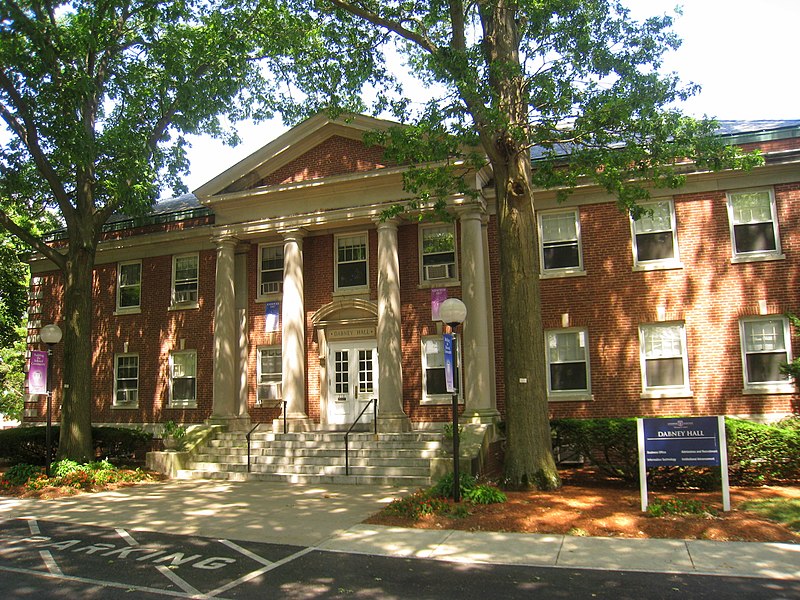 Why is a formerly leading USA theological seminary (the first ever USA seminary) now scaling down operations, with a plan to relocate? Could it be going down the tubes? Is it heading for oblivion? The Andover website tells of the foundation of the seminary:

The seed for Andover Newton can be traced back to 1778, when Phillips Academy was founded for “the promotion of true piety and virtue” in Andover, MA. In 1807, New England Congregationalists, concerned about “unitarian” trends at Harvard College, instituted a separate department of divinity and raised money for the Samuel Abbot Professor of Theology at Phillips Academy. This was the first seminary professorship in North America (History of Andover Newton 2015).

Now what is happening? Andover Newton is doing the very thing that it found repugnant at its founding – joining with Unitarianism.

This problem of decline has been covered in a Boston Globe article, ‘Newton seminary plans to scale down operations, relocate’ (Schworm 2015).[1]

Beyond relocating, the seminary plans to offer fewer programs to fewer students. Under a new model, it would focus more narrowly on preparing students for the Christian and Unitarian Universalist ministry “in lieu of the broad range of programs and options available today.”

The faculty and staff would be substantially smaller, school leaders wrote. Even so, “it is not yet clear that this model would bring us to financial sustainability.”

The seminary has also had preliminary discussions to join Yale Divinity School as a “school within a school.” It would relocate to New Haven but retain some independence.

I wonder how much of the downturn can be explained by this information: ‘The seminary is primarily composed of students with backgrounds in the United Church of Christ, Baptist, and Unitarian Universalist congregations’ (Schworm 2015)?

Let’s briefly examine the nature of these 3 denominations associated with Andover Newton Seminary.[2]

See ‘What we believe’ (United Church of Christ) at: http://www.ucc.org/about-us_what-we-believe

What is its version of the Gospel and the authority of Scripture?

Note the decline of congregations and members at: http://uccfiles.com/pdf/2014-UCC-Statistical-Profile.pdf

In this document it is stated, ‘Similar to other Protestant denominations, the UCC has experienced a decline in the numbers of congregations and members in recent decades. From 2000 to 2010 alone, the UCC encountered a net loss of 696 congregations and 318,897 members’.

This is a theologically liberal denomination that is losing people wholesale because it has redefined the Gospel in modernistic terms that make sense to a secular social worker but not to a Bible believer.

This is a separate denomination to the Southern Baptists, General Baptists, Particular Baptists and other evangelical Baptists. Andover Newton Seminary trains American Baptist Churches (as a denomination). See: https://en.wikipedia.org/wiki/Andover_Newton_Theological_School

ABC are also in decline, associated with a similar modernist trend, but the decline in white congregations and members has been offset by growth in other areas. See: http://www.thegospelcoalition.org/article/factchecker-are-all-christian-denominations-in-decline

(Note: The ABC/USA has been able to stem its decline among white congregants by replacing them with African American and Hispanic members.)

Take a read of ‘What we believe’ of this denomination (UUA) at: http://www.uua.org/beliefs/what-we-believe

It is non-Trinitarian and universalist, i.e. believing all people will be ‘saved’.

How is it possible for such a denomination to train ministers with 2 Protestant denominations (who in theory are Trinitarian). It means that Gospel-centred, Trinitarian theology does not permeate that Seminary. It must be denied to accommodate Unitarian Universalists. All 3 denominations are modernist/postmodernist in theology and emphases.

The impossibility of this kind of ecumenism

Why would people bother going to such ecumenical churches when there are service clubs they can join that would achieve the same aim and without the gloss of Christianity?

I’m of the view that the Andover Newton Seminary demise and its association with United Church of Christ, American Baptist denomination, and Unitarian Universalist Association demonstrates the problem – arsenic in the bread of life. When denominations quit a Bible-based Gospel and an authoritative Scripture and replace it with a liberal, historical-critical, modernist or postmodernist theology, expect fewer people to be attracted. Why attend a good works’ oriented social club in the name of church?

Are all USA churches losing members

Joe Carter of The Gospel Coalition begins his article, ‘FactChecker: Are all Christian denominations in decline’, with this quote from Rachel Held Evans:

Just about every denomination in the American church — including many evangelical denominations — is seeing a decline in numbers, so if it’s a competition, then we’re all losing, just at different rates (in Carter 2015).

Mainliners may try to comfort themselves by claiming that every denomination is in decline, but it’s simply not true. While conservative churches aren’t growing as quickly as they once were, mainline churches are on a path toward extinction. The mainline churches are finding that as they move further away from Biblical Christianity, the closer they get to their inevitable demise.

I have covered this in some of my previous articles,

Church growth or decline in the United Kingdom

How to destroy a Christian denomination

The Gospel Distortion: A reply to John Shelby Spong

What’s the truth about the death of theism? Wherever theological liberalism has taken hold, church numbers have declined. Frank Pastore put it this way: ‘We’ve all witnessed the plummeting attendance of liberal mainline denominations for decades’ (‘The National Council of Churches should have died’).

When Trinitarian and Unitarian denominations try to work together to homogenise theological training in an ecumenical arrangement, how is it ever possible to be authentic with Scripture and the Gospel? Such an amalgam is impossible. Death and or decline are the natural outcome and that seems to be what is happening at Andover Newton Theological Seminary.

[1] I began a thread on this topic on a UK Christian forum, Staying in Touch, under the title, ‘Why would a seminary be scaling down?’, Dougie#1. Available at: http://www.stayingintouch.uk/healing/why-would-a-seminary-be-scaling-down/msg2363/#msg2363 (Accessed 18 November 2015).