What happens at death for Christian believers?

I was in discussion online with a few people on the meaning of paradise, the third heaven, heaven, and Abraham’s bosom. To one person I said:

There is enough evidence that at death the body returns to dust (whether in the grave or cremated) and the spirit returns to God. I’m indeed pleased about that as I get older and move towards the time of my elevation to Paradise, heaven, Abraham’s bosom, my Father’s house – whatever one wants to call it. All of these words are in Scripture and they apply to where believers went at death.[1]

This is confirmed in Ecclesiastes 12:7 (ESV), ‘And the dust returns to the earth as it was, and the spirit returns to God who gave it’.

No reconciliation with God in Old Testament?

A fellow replied to me:

I am wondering how Abraham’s bosom can be the third heaven if it existed at a time before Jesus died?

I can agree that all there were en route to being with God. But only after Jesus died could any man be reconciled with God. That is why it was called Abraham’s bosom and not heaven. A place on the other side of a divide in Hades.[2]

I cannot agree[3] with his statement that ‘only after Jesus died could any man be reconciled with God’. We know that Abraham was justified by faith. This is confirmed in several NT places. Rom 4:1-3 (NASB) states:

What then shall we say that Abraham, our forefather according to the flesh, has found? 2 For if Abraham was justified by works, he has something to boast about, but not before God. 3 For what does the Scripture say? “Abraham believed God, and it was credited to him as righteousness.”

What could be a more powerful example of the relationship Moses had with God than in the details of what is written of Moses in the closing verses of Deut 34:9-12 (ESV)?

And Joshua the son of Nun was full of the spirit of wisdom, for Moses had laid his hands on him. So the people of Israel obeyed him and did as the Lord had commanded Moses. 10 And there has not arisen a prophet since in Israel like Moses, whom the Lord knew face to face, 11 none like him for all the signs and the wonders that the Lord sent him to do in the land of Egypt, to Pharaoh and to all his servants and to all his land, 12 and for all the mighty power and all the great deeds of terror that Moses did in the sight of all Israel.

So, there was not a prophet like Moses in Israel, ‘whom the Lord knew face to face’. Now that’s a powerful example of a relationship, knowing someone face to face! The Lord worked signs and wonders through Moses and there was mighty power and great deeds of terror demonstrated by Moses in the sight of all Israel. Why was he able to do these miraculous deeds? The Lord worked through him in his relationship with God.

David, in spite of his many failings, was a ‘man after God’s own heart’ (see the David and Goliath episode, 1 Sam 17:1-58; David’s relationship with God is seen especially in Psalm 119:47-48; Acts 13:22). Since the Lord was David’s shepherd – Psalm 23 – that speaks of a solid relationship of the sheep with the shepherd.

Jim George pursues this theme in A Man After God’s Own Heart (Harvest House 2008).

Abraham’s bosom and the third heaven 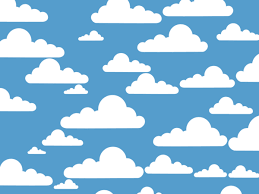 This person responding to me asked a penetrating and good question. How can ‘Abraham’s bosom’ refer to the third heaven if it existed before Jesus’ death? That is a presumption he made. The story is recorded before Jesus’ death in Luke 16, but was the story told by Jesus before his death? Was it historical narrative or parable? That has been the discussion by Bible scholars and teachers for many years.

What is the third heaven? Three heavens are identified in Scripture:

The first heaven is associated with the firmament, which refers to the sky and is called ‘the heavens’ – the earth’s atmosphere (examples are in Genesis 2:19; 7:3, 23; Psalm 8:8).

Therefore, the third heaven is the place where God and the angels (and human beings) live. In the Old Testament it is called ‘the heaven of heavens’ (see Deut 10:14) and ‘the highest heaven(s)’ (1 Kings 8:27; Psalm 148:4). The language of Psalm 2:4 explains another dimension of the third heaven, ‘He who sits in the heavens laughs; the Lord holds them in derision’. Here location of God is called ‘the heavens’. The context of Psalm 2:4 in Psalm 2:1-3 is the nations raging, the people plotting and the kings and rulers opposing the Anointed God.

There is an excellent article explaining these three uses of heaven on the Let Us Reason Ministries website, ‘How many heavens are there and what is the third heaven Paul speaks of in 2 Corinthians 12?’

The ESV translates Luke 16:22 for ‘Abraham’s bosom’ as meaning ‘the poor man died and was carried by the angels to Abraham’s side’.

There is a long-standing debate over whether this is an actual incident from Jesus or a parable told by Jesus. I accept it as a parable (some contest that a real name, Lazarus, cannot mean a parable and makes it an incident) which means there was only one primary point to be made. I accept it as an illustration of what happens at death for the believer and the unbeliever. I will not discuss further the parable, non-parable views as they are detailed and not easy to resolve. The place to resolve that is to go to commentaries for detailed discussions on such.

In the Talmud, ‘Abraham’s bosom’ was used as a synonym for heaven. See the explanation of ‘Abraham’s bosom’ in the Jewish Encyclopedia. In Judaism, the Talmud includes discussions and commentary on various aspects of Jewish history, law, customs and culture. It has two parts, the Gemara and the Mishnah. The Talmud moved from oral to written form, starting about the second century AD and was completed about the fifth century AD.

This article in GotQuestions? gives a helpful summary of the meaning of Abraham’s bosom:

Abraham’s bosom is referred to only once in the Bible—in the story of Lazarus and the rich man (Luke 16:19-31). It was used in the Talmud as a synonym for heaven. The image in the story is of Lazarus reclining at a table leaning on Abraham’s breast—as John leaned on Jesus’ breast at the Last Supper—at the heavenly banquet. There are differences of opinion about what exactly Abraham’s bosom represents. Those who believe the setting of the story is a period after the Messiah’s death and resurrection see Abraham’s bosom as synonymous with heaven. Those who believe the setting to be prior to the crucifixion see Abraham’s bosom as another term for paradise. The setting is really irrelevant to the point of the story, which is that wicked men will see the righteous in happiness, and themselves in torment, and that a “great gulf” exists between them (Luke 16:26) which will never be spanned.[5]

I consider the story about the rich man and Lazarus (Luke 16:19-31) relates to what happens at death and whether it is an actual story or parable, it tells us about it. It is not a story designed to explain Abraham’s bosom versus third heaven, paradise or heaven. It deals with what happens at death and where believer and unbeliever go and what they experience. I accept that this story is a parable, as do Earle Ellis (1981:201, 205); Norval Geldenhuys (1979:424); A T Robertson (1930:224); William Hendriksen (1978:782), and Walter Liefeld (1984:991). However, I do not consider that any damage is done to the teaching on life after death if the story is historical or parable.

In spite of an online person’s objections, I find biblical evidence that there were prominent OT people who had a relationship with God. These included Abraham, Moses, and David.

The issue in the parable of the rich man and Lazarus is to differentiate between the nature of the place where the righteous person was – in paradise and experiencing comfort, compared with where the wicked person was at death – in torment in Hades. Between these two places a ‘great gulf’ is fixed that cannot be bridged (Luke 16:26).

Robertson, A T 1930. Word Pictures in the New Testament: The Gospel According to Luke, vol 2. Nashville, Tennessee: Broadman Press.

[4] I have added these extra examples of OT persons with a relationship with God after I made the online response. My wife brought these to my attention.

[6] The original edition was published in 1966 by Thomas Nelson & Sons Ltd. This copy is based on the 1981 softback edition.