Can you trust the Bible to give accurate information on life-after-death?

This article was published in On Line Opinion, 24 March 2020, as ‘Evidence for the afterlife‘. There are some additions in this article, when compared with this one.

Where will you be one minute after your last breath? How can we demonstrate if there is life after death?

In this brief article, I’ll use some of the tests ancient historians use to check on whether an old document can be trusted.

Captain James Cook vs the Bible

set sail on the first of three voyages to the South Seas, he carried with him secret orders from the British Admiralty to seek ‘a Continent or Land of great extent’ and to take possession of that country ‘in the Name of the King of Great Britain’….

The maps, journals, log books and paintings from Cook’s travels are just some of the State Library’s incredible records of this exciting time’.[1]

How do we know those maps, journals, log books and paintings are accurate?

We read his documents and other historical writings, presuming they convey correct information. Are our assumptions naive?

How do we know those writings are reliable in content?

We apply the same tests (criteria) to Cook’s journals as we do to the Bible.

Multiple Attestation: A fact or event that appears to have been preserved down multiple lines of independent tradition is more likely to be true than one that is only preserved down a single line.

Coherence: A fact or event that appears to be consistent with our present understanding of the historical context is more likely to be true than one which appears to be at odds with it.

Rejection and Execution: A fact or event that looks as though it might provide a realistic explanation for the rejection or execution of Jesus is more likely to be true than the more tendentious explanations offered consciously by the gospel authors (e.g. divine providence, the Jews being in league with the devil etc.). (This criterion is less strong as it presumes historicity of the execution to begin with, but given that the execution of Jesus appears to satisfy each of the four previous criteria, it’s based on a fairly solid foundation so far as second-order criteria go.) [courtesy Gary, Eschaton Now 2010].

Our survey indicates that five suggested criteria of historicity or authenticity are really valuable and deserve to be ranked as primary criteria….

The use of the valid criteria is more an art than a science, requiring sensitivity to the individual case rather than mechanical implementation. It can never be said too many times that such an art usually yields only varying degrees of probability and not absolute certitude. But … such judgments of probability are common in any investigation of ancient history, and the quest for the historical Jesus cannot apply for a special exemption’ (Meier 1991:184).

Apply these tests to what the Bible says about the afterlife

Now we’ll apply these tests to where believers in Christ and non-believers will be one minute after their last breath. Historically, does the Bible confirm life-after-death or do we agree with many Aussies. The National Church Life Survey of 2009 of people across the community found that ‘in 1993, the proportion of people affirming a belief in heaven and in life after death was just over half. In 2009 these figures had declined by only several percent’.[2]

‘A national Essential poll shows 40% of all Australians believe in heaven.  But the crucial figure is that a staggering 51% of those aged 18-34 hold such a belief!  This compares to just 29% of the public who are over 55 years old’.[3]

Discontinuity is a test that depends on knowing details of Judaism and the early church after Jesus in the first century. Our information is limited so it must be applied with caution. However, 1 Corinthians 15:14-19 (NLT) states our preaching is useless unless Jesus is raised and if there is no resurrection of the dead. Jesus told the story of the rich man and Lazarus where, after death, Lazarus was in Abraham’s bosom [heaven] while the rich, ungodly man was in torment in Hades (Luke 16:22-23).

Coherence: What is the coherence or consistency of Matt 25:46 with John 14:1-4 and 1 Cor 15:53? The John passage confirms that for believers Jesus has prepared a place of ‘many mansions’. For believers, our mortal bodies will be transformed to be immortal at his Second Coming  (1 Cor 15:53). For unbelievers, what will happen after death and at Christ’s return? Revelation 20 explains the Great White Throne judgement of unbelievers. Rev 20:12-13 (NLT) states: ‘I saw the dead, both great and small, standing before God’s throne. And the books were opened, including the Book of Life. And the dead were judged according to what they had done, as recorded in the books. The sea gave up its dead, and death and the grave gave up their dead. And all were judged according to their deeds’. No unbeliever can run and hide from God’s judgement. There is an afterlife for the godly and ungodly – with two different destinies.

Rejection and Execution: Matthew 26 records the Jewish plot to kill Jesus, Peter’s denial of Jesus, the high priest and others spat in Jesus’ face, and Judas Iscariot’s betrayal of Him. According to Matthew 27, Judas Iscariot hanged himself. Jesus was on trial before Pilate, was mocked by the soldiers, spat on, and a crown of thorns placed on his head. Rejection is written all over this trial and execution, thus affirming one of the historical criteria to demonstrate the New Testament is a reliable set of documents – including on the afterlife. This information would not be expected to be provided if it were not historically reliable.

In this short article I have attempted to show:

For further reading I recommend:

[2] NCLS Research: News 2011. A picture of the religious beliefs of the Australian community (online). Available at: http://www.ncls.org.au/default.aspx?sitemapid=6817 (Accessed 5 January 2020).

[3] AIM: The Australian Independent Media Network 2018. What is it with Heaven and Millennials? (online) Available at: https://theaimn.com/what-is-it-with-heaven-and-millennials/ (Accessed 5 January 2020). 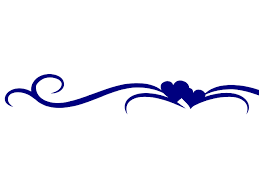