Salvation gives you hope that is out of this world (1 Peter 1:13)

In today’s values, this verse could be mutilated to say something like: “Don’t let your feelings be judged by anybody. In your thoughts and actions, be open-minded. You do whatever brings you pleasure right now. Set your sights on your self-esteem and go for it with gusto.”

I’m using ‘hopeless’ as an adjective for the wrong direction in which Australians, as a nation, are seeking hope. We seek it in:

Consumerism. We are a materialistic society seeking pleasure in things. ‘Australians spent up to $2.4 billion at the Boxing Day sales [2017]’.

False ethical standards. Ethical values by government and individuals – in the main – are decided by personal or government choice. There is no overall absolute standard by which moral decisions are made (e.g. Ten Commandments, Sermon on the Mount). We see this with the legalisation of prostitution, abortion, euthanasia, homosexual marriage, exaltation of same-sex relationships, transgenderism, and defacto relationships. Every one of those ethical values is refuted by the Christian Scriptures but relativism dominates ethical decisions at both national and personal levels.

All About Philosophy provides this explanation:

Ethical relativism represents the position that there are no moral absolutes, no moral right or wrong. This position would assert that our morals evolve and change with social norms over a period of time.

The problems with relativism are:

(1) In allowing all people to choose their own values, there is no value that can be prohibited because ethics are left up to personal choice. Why should murder be wrong if a person is allowed to choose his or her own values? From where do those standards come?

(2) The logical consequences of relativism are that it gives licence to all kinds of extreme behaviour such as paedophilia, DV, Hitler’s holocaust, the mass shootings in Christchurch NZ and Sri Lanka, murders, lying, stealing, adultery and all kinds of immoral acts (by God’s standards).

They are some of the problems when there are no absolute standards. All nations need absolutes to make legislation and apprehend criminals.

· Australia’s Christian foundation is demonstrated each day when the President of the House reads a Christian prayer. Christian values brought to Australia by the First Fleet and enshrined in the Australian Constitution: ‘Humbly relying on the blessing of Almighty God’.

God commands Peter’s readers, you and me to “set your hope fully on the grace to be given you when Jesus Christ is revealed” (v. 13). These persecuted believers of the first century “were to set their hope completely, with finality, on the grace being brought to them in connection with Jesus Christ’s revelation” (Blum 1981: 52).

When the going gets tough and you are persecuted for your faith, your salvation means that you place your hope completely on the future grace that you will receive when Christ is revealed. When will Christ be revealed again?

We know he was revealed at his birth, death and resurrection. But these believers are told that they must place their hope on the grace “that will be brought to you at the revelation of Jesus Christ” (ESV). It was future for the first century church and it is still future for us.

It undoubtedly refers to Christ’s Second Coming (the Parousia). We read about it in I Peter 4:13, “But rejoice that you participate in the sufferings of Christ, so that you may be overjoyed when his glory is revealed.”

Or, 1 Cor. 1:7, “Therefore you do not lack any spiritual gift as you eagerly wait for our Lord Jesus Christ to be revealed.” Also 2 Thess. 1:7, “and give relief to you who are troubled, and to us as well. This will happen when the Lord Jesus is revealed from heaven in blazing fire with his powerful angels.”

During these tough times, you will need one another especially. That’s why Scripture teaches:

We must not quit meeting together, as some are doing. No, we need to keep on encouraging each other. This becomes more and more important as you see the Day getting closer. (Heb 10:25 ERV).

Our hope is NOT based on the temporal, but on the future revelation of the Lord Jesus. It is sometimes said of Christians that “they are so heavenly minded that they are of no earthly good.” Folks, the true Christian is one who is not half-heartedly, but completely and fully, setting his/her hope on the Christ who is to come.

Hope is waiting in confident expectation for God’s promises in Christ, summed up in the gospel. Hope is fundamental because the gospel concerns God’s culmination of his redemptive work, “the grace that Jesus Christ will bring you when he is revealed” (1 Pet 1:13 NRSV), the “hope of glory” (Col 1:27). Most of what for which we trust in Christ remains yet future (Rom 8:24b)….

Christians hope “by faith” (Gal 5:5). Faith trusts in God’s promises, while hope expects what is to come….

Christians’ most cherished hope is Christ’s personal, bodily return in judgment and blessing[1]

We are of great earthly good, because our hope is set on Him and his coming to rule and reign forever. If you set your hope on anything in this world, you are on a sinking ship. Chuck Colson’s view is that “the culture in which we live is nearly lost” (Colson 1994, p. x). What a tragedy that so many Christians have their hope on the sinking ship.

If you set your hope on who will win the election, you’re on board the Titanic – a sunken ship.

In order to “set your hope completely” on God’s grace at Christ’s second coming, Peter tells his persecuted readers that you must do two things:

First, you are “preparing your minds for action” and

Hope is not a hope so, maybe, perhaps, it could be, or possibly!

It means you look forward, with anticipation, to Jesus’ second coming, the end of this wretched world, and ‘we are looking forward to a new heaven and a new earth. Godliness will live there. All this is in keeping with God’s promise’ (2 Pet 3:13 NIRV).

It is not a hope-so but the guarantee of God’s grace coming to believers at the Second Coming of Christ with the establishment of the new heavens and the new earth.

Prepare your minds for action, and 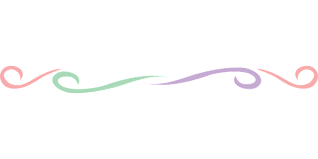