If you want a warmed up or heated discussion in church or online in a Christian forum, raise a passage like this one, Hebrews 6:4-6 (ESV), and contend that a person can fall away from the faith – commit apostasy!

A person quoted this verse and then stated, ‘The writer of Hebrews seemed to think that it is possible for Christians to fall away’.[1]

They were never Christians

This kind of response was predictable. I’ve encountered it many times during my 50 years of Christian experience:

The scriptures you’ve quoted above are NOT speaking about a child of God or Christians , as you put it, rather the word “some” in Heb 6:4 must be qualified, and these are they who are the Tares that God allowed to grow together with the Wheat in the church environment. The Tares are the unsaved and the Wheat the saved. In every congregations of the world, without exceptions, there are saved and unsaved people who gather together in the local churches. The Tares are those that will fall away although they heard the true Gospel preached (enlightened), and have tasted of the heavenly gift (salvation), and were made partakers of the Holy Spirit (communion).

The key verse in understanding Heb 6:4-6 is found in Heb 6:9 which do not speak about a child of God or salvation, but of unbelief which is explained in Heb 3:17-19.

God is the Author of the Bible and I don’t believe He intended that it is possible for His child to fall away!

The context refutes that view

11 About this we have much to say, and it is hard to explain, since you have become dull of hearing. 12 For though by this time you ought to be teachers, you need someone to teach you again the basic principles of the oracles of God. You need milk, not solid food, 13 for everyone who lives on milk is unskilled in the word of righteousness, since he is a child. 14 But solid food is for the mature, for those who have their powers of discernment trained by constant practice to distinguish good from evil.

6 Therefore let us leave the elementary doctrine of Christ and go on to maturity, not laying again a foundation of repentance from dead works and of faith toward God, 2 and of instruction about washings, the laying on of hands, the resurrection of the dead, and eternal judgment. 3 And this we will do if God permits. 4 For it is impossible, in the case of those who have once been enlightened, who have tasted the heavenly gift, and have shared in the Holy Spirit, 5 and have tasted the goodness of the word of God and the powers of the age to come, 6 and then have fallen away, to restore them again to repentance, since they are crucifying once again the Son of God to their own harm and holding him up to contempt. 7 For land that has drunk the rain that often falls on it, and produces a crop useful to those for whose sake it is cultivated, receives a blessing from God. 8 But if it bears thorns and thistles, it is worthless and near to being cursed, and its end is to be burned.

The context of Heb 6:4-6 (ESV) is very clear that these people are those:

So, it is possible for Christians to feed on the milk instead of the food and be immature in their faith and then become vulnerable to the temptations to apostatise and fall away from the faith.

That’s the context of Heb 6:4-6 (ESV) as I understand it. It is addressing Hebrew Christians who are warned that they could apostatise BUT ‘in your case, beloved, we feel sure of better things – things that belong to salvation’ (6:9). Who are the ‘beloved‘? Christians, of course!

The writer of Hebrews had this longing for the believers to whom he addressed this letter: ‘We desire each one of you to show the same earnestness to have the full assurance of hope until the end, so that you may not be sluggish, but imitators of those who through faith and patience inherit the promises’ (Heb 6:11-12 ESV).

So the writer is dealing with immature Christian believers who had been feeding on milk instead of solid food. For these, the temptation to fall away from the faith was always a possibility. But for these Hebrew Christians, the writer desired better things – perseverance in the faith.

I don’t believe the context, based on this reasoning, allows us to say that these people were ‘NOT speaking about a child of God or Christians’ (the language of the person on the forum). They were immature Christians who could be tempted away from the faith and fall into apostasy.

So close, but not a Christian 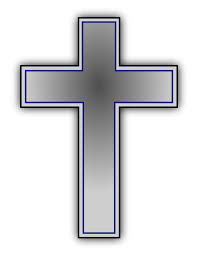 How do you think this person would respond to the above exposition? Here goes:

Unfortunately, the passage concerned is Hebrews 6:4-6 which speaks that there will be “some” (in a church setting), who will fall away.

I was merely responding to Barrd’s post #10 where she claimed those who will fall away are Christians, just as you do but in a different twist, by saying these who fall away are also Christians but unskilled in the doctrines of Christ. I have yet to read in the Bible that anyone lacking in the knowledge of scriptures cannot be saved!!

We are not saved because of knowledge of Scripture.

FYI, the gist of Hebrews 6:4-6 is about someone who was brought so close to salvation but rejected it!

Consider these scriptures which are self explanatory:

Heb 4:2 For unto us was the gospel preached, as well as unto them: but the word preached did not profit them, not being mixed with faith in them that heard it.

Heb 3:17-19 But with whom was he grieved forty years? was it not with them that had sinned, whose carcases fell in the wilderness?

18 And to whom sware he that they should not enter into his rest, but to them that believed not?

19 So we see that they could not enter in because of unbelief.

What has he done here?

This fellow has done what many Christians resort to. My response was that I am flabbergasted that I provided an extended examination of the context to demonstrate the nature of the salvation that the people of Heb 6:4-6 (ESV) had. He refuted not a word of this, but then gave this red herring logical fallacy:

‘FYI, the gist of Hebrews 6:4-6 is about someone who was brought so close to salvation but rejected it!’

Could I be wasting my time in providing this person with an exposition in context? Seems so![5]

This person is imposing his view on the text. In biblical interpretation, this is called eisegesis, that is, ‘The reading into a text, in this case, an ancient text of the Bible, of a meaning that is not supported by the grammar, syntax, lexical meanings, and over-all context, of the original’ (Exegesis v. eisegesis).

Hebrews 6:4-6, when examined in context, demonstrates that it is speaking about Christians who are so immature in the faith that they are still being fed on spiritual milk.

They are so weak in the faith that they do not persevere but are tempted away from the faith and may even commit apostasy.

A person who had a pre-commitment to once-saved-always-saved theology could not accept this explanation so engaged in fallacious reasoning by committing a red herring logical fallacy. It’s impossible to have a logical conversation with anyone who uses a logical fallacy and will not deal with the illogic of his or her views.

Therefore, Heb 6:4-6 teaches that it is possible for Christians living on the milk of the Word to be so immature in the faith that they can fall away from the faith. This apostasy is so serious that they cannot be restored to repentance, which means they are lost permanently because ‘they are crucifying once again the Son of God to their own harm and holding him up to contempt’ (Heb 6:6).

It is serious charge to make against Scripture to make it say what it does not say. To the contrary, those who promote eternal security and deny apostasy are teaching false doctrine.