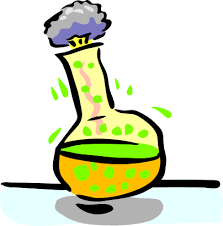 John Ashton and Michael Westacott provided this warning of the danger of science becoming scientism:

It is important to note that science, unlike scientism, should not be a threat to religious belief. Science, to be sure, advocates a “naturalistic” rather than a “supernaturalistic” focus, and an empirical verification method for determining truths about the physical world and the universe. Yet the proper mandate of science is restricted to the investigation of the natural (physical, empirical) dimension of reality. It is this restriction that scientism has violated, replacing proper science with an illicit ideology that not only seeks to explain all things naturalistically, but assumes – without proof – that the spiritual realm is irrelevant, indeed non-existent. This unproven assumption is based on the mistaken belief that nothing exists unless it can be verified by the empirical scientific method. Such a belief is an invalid reductionism that reduces the explanation for all reality to physicality. This “physicalism” overextends the method and capabilities of science (Ashton & Westacott 2005:16).

There are obviously disciplines in our world that cannot be tested empirically. I’m thinking especially of that which has happened in history. It cannot be examined according to the empirical system of current experimentation and repeatability. It also can apply to the disciplines of sociology and cultural anthropology.

What happens with history?

What is the method for historiography? N T Wright in asking about ‘the proper method for the historian’, explained that the ‘historical method is just like all other methods of enquiry. It proceeds by means of “hypotheses”, which stand in need of “verification”. He considered that ‘a good historical hypothesis … is essentially a construct, thought up by a human mind, which offers itself as a story about a particular set of phenomena, in which the story, which is bound to be an interpretation of those phenomena, and offers an explanation of them’ (Wright 1992:98-99). He considers that there are three things that make for a good hypothesis in any field. They are:

(1) All the data must be included;

(2) ‘It must construct a basically simple and coherent overall picture’;

(3) ‘The proposed explanatory story must prove itself fruitful in other related areas’.

He admitted that when these criteria are applied to Judaism, Jesus, and the origin of Christianity, the problems are more complex than examining a city fire because of these three criteria:

(a) ‘The stack of data to be included is vast and bewildering’.

(b) ‘The construction of an essentially simple historical hypothesis is … a major problem’.

(c) ‘The wider jigsaw of the first century as a whole’.

He takes New Testament scholars to task who evolve ‘highly sophisticated ways of getting off the horns of the dilemma posed’ by criteria (a) and (b). What some of these scholars do in dealing with ‘recalcitrant data’ is ‘to show that it comes, not from Jesus himself, but from the later church. The data thus disappear from the picture of Jesus, but at a cost’ (Wright 1992:100-101).

Wright, N T 1992. The New Testament and the people of God. Minneapolis: Fortress Press. (Series in Christian origins and the question of God, vol 1).