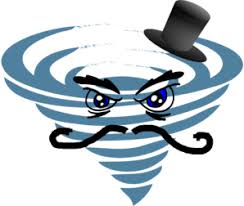 It is not unusual to get ignorance on Internet forums about the content of Arminian theology. Professor of theology and an Arminian in beliefs, Roger E. Olson,[1] told of a student who made an appointment to see him and announced, ‘Professor Olson, I’m sorry to say this, but you’re not a Christian’. From where did the student get this idea? He responded: ‘Because my pastor says Arminians aren’t Christians’. Olson said that this ‘pastor was a well-known Calvinist who later distanced himself from that statement’ (Olson 2006:9).

Olson told of his attending an evangelical Baptist seminary where Arminianism was used in a pejorative sense and equated with the heresy of semi-Pelagianism. Of one of his professors, James Montgomery Boice, an eminent Calvinist, Olson said that ‘I perceived he had already made up his mind that my church’s theology was heretical’ (Olson 2006:8).

Olson said that he wrote his 2006 publication because ‘I want to clear up confusion about Arminian theology and respond to the main myths and misconceptions about it that are widespread in evangelicalism today’ (Olson 2006:10). Arminianism does not affirm election – says an opponent

What was the anti-Arminian sentiment promoted on that Internet Christian forum? There are often straw men logical fallacies used to oppose Arminians.

A straw man fallacy ‘is committed when a person simply ignores a person’s actual position and substitutes a distorted, exaggerated or misrepresented version of that position….This sort of “reasoning” is fallacious because attacking a distorted version of a position simply does not constitute an attack on the position itself. One might as well expect an attack on a poor drawing of a person to hurt the person’ (The Nizkor Project). So this false or distorted view of Arminian theology turns up in various ‘dresses’.

Here is some ignorance about Arminianism I encountered on this forum. One fellow, a known Calvinist, wrote: ‘Calvinism affirms free will, problem is arminianism does not affirm election, even though it is really explicit’.[2]

This kind of ignorance is difficult to tolerate. My response, as a convinced Reformed Arminian, was,[3] ‘This is a false statement as the Society of Evangelical Arminians article provides evidence to counter your argument that Arminians do not believe in election. See: ‘The FACTS of Salvation, C: Conditional Election‘. Part of this explanation on the Arminian view of condition election is,

For election to be conditional means that God’s choice of those he will save has something to do with them, that part of his reason for choosing them was something about them. Concerning election unto salvation, the Bible teaches that God chooses for salvation those who believe in Jesus Christ and therefore become united to him, making election conditional on faith in Christ.

I was in conversation with someone at a Presbyterian Church event in which this person was speaking of the Dutch Reformed Church in a certain country that had compromised with some churches becoming theologically liberal and others promoting Arminianism.

As indicated above, the Calvinist on the forum stated, ‘Calvinism affirms free will, problem is arminianism does not affirm election’. What exactly does a Calvinist mean by free will? R C Sproul, a Calvinist, is utterly confusing in his explanation: ‘It is important to note that even the unregenerate are never forced against their will. Their wills are changed without their permission, but they are always free to choose as they will. Thus we are indeed free to do as we will. We are not free, however, to choose or select our nature’ (Sproul 1992:180).

Did you get it from Sproul?

This, in my understanding, is a manipulation of words – a question begging fallacy (circular reasoning) – where Calvinism asserts that free will means,

What is a question begging fallacy?

Thus Sproul, the Calvinist, assumes that unbelievers are not forced to do anything against their wills and concluded that they are ‘always free to choose’ (that’s circular reasoning). But in between he throws in the contradiction that those who are never forced to do anything are then forced to change without their permission. Of course, he doesn’t use the language ‘forced to change’, but ‘changed without their permission’. But the latter is the same meaning as forced or coerced to change. Imagine it – deterministic free will?

Charles Spurgeon in his sermon, ‘Free will – a slave’, was opposing the Arminian theology when he preached,

‘It has already been proved beyond all controversy that free-will is nonsense. Freedom cannot belong to will any more than ponderability can belong to electricity. They are altogether different things. Free agency we may believe in, but free-will is simply ridiculous. The will is well known by all to be directed by the understanding, to be moved by motives, to be guided by other parts of the soul, and to be a secondary thing (Sermon No. 52).[4]

Olson, an Arminian, explains this Calvinistic view of free will: ‘Insofar as they use the term free will positively, Calvinists mean what philosophers call compatibilist free will – free will that is compatible with determination. Free will is simply doing what someone wants to do even if that is determined by some force internal or external to the person willing’ (Olson 2006:20, emphasis in original).

Imagine it? Deterministic free will.

By contrast, an Arminian supports this view: ‘Noncompatibilist free will is the free agency that allows persons to do otherwise then they do; it may also be called libertarian free will…. Arminians believe such libertarian free will in spiritual matters is a gift of God through prevenient grace – grace that precedes and enables the first stirrings of a good will toward God’ (Olson 2006:20).

Arminians do not believe in total depravity – so says one

There was a discussion between individuals on the differences between Calvinists and Arminians. One fellow claimed, ‘What really distinguishes the two isn’t free will and/or election, but total depravity. Calvinists hold to it, Arminians don’t…. In my opinion they are so close to each other already, they basically could both be said to be true at the same time, except for total depravity’.[5]

This was like waving a red flag before a bull to this Reformed Arminian because it is a false understanding of Arminian theology on total depravity. Therefore, I replied:[6] I do wish you knew the doctrines of Arminianism. This statement demonstrates that you do not. Please take a read of this article from the Society of Evangelical Arminians: ‘The FACTS of Salvation,T: Total Depravity‘.

Article 3 of the Five Articles of Remonstrance states:

Article 3
That man has not saving grace of himself, nor of the energy of his free will, inasmuch as he, in the state of apostasy and sin, can of and by himself neither think, will, nor do any thing that is truly good (such as saving Faith eminently is); but that it is needful that he be born again of God in Christ, through his Holy Spirit, and renewed in understanding, inclination, or will, and all his powers, in order that he may rightly understand, think, will, and effect what is truly good, according to the Word of Christ, John 15:5, “Without me ye can do nothing.

What did Jacobus Arminius believe about Total Depravity? In one of his disputations, he wrote:

V. In the state of Primitive Innocence, man had a mind endued with a clear understanding of heavenly light and truth concerning God, and his works and will, as far as was sufficient for the salvation of man and the glory of God; he had a heart imbued with “righteousness and true holiness,” and with a true and saving love of good; and powers abundantly qualified or furnished perfectly to fulfill the law which God had imposed on him. This admits easily of proof, from the description of the image of God, after which man is said to have been created, (Gen. i. 26, 27,) from the law divinely imposed on him, which had a promise and a threat appended to it, (ii, 17,) and lastly from the analogous restoration of the same image in Christ Jesus. (Ephes. iv. 24, Col. iii. 10.)

VI. But man was not so confirmed in this state of innocence, as to be incapable of being moved, by the representation presented to him of some good, (whether it was of an inferior kind and relating to this animal life, or of a superior-kind and relating to spiritual life,) inordinately and unlawfully to look upon it and to desire it, and of his own spontaneous as well as free motion, and through a preposterous desire for that good, to decline from the obedience which had been prescribed to him. Nay, having turned away from the light of his own mind and his chief good, which is God, or, at least, having turned towards that chief good not in the manner in which he ought to have done, and besides having turned in mind and heart towards an inferior good, he transgressed the command given to him for life. By this foul deed, he precipitated himself from that noble and elevated condition into a state of the deepest infelicity, which is Under The Dominion of Sin. For “to whom any one yields himself a servant to obey,” (Rom. vi. 16,) and “of whom a man is overcome, of the same is he brought in bondage,” and is his regularly assigned slave. (2 Pet. ii. 19.)

Therefore, this person’s statement here about total depravity not being an Arminian doctrine, is false.

Elected to salvation and/or damnation?

God’s foreknowledge and predestination/election to salvation

Does God only draw certain people to salvation?

Sent to hell by God: Calvinism in action?