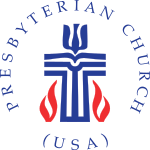 If your denomination lost 100,000 members in a year, wouldn’t you think that this would be enough of a ‘hint’ to investigate why this is happening?

Take a read of what this has done and is doing to the Presbyterian Church (USA): ‘2012 statistics show dramatic decrease in PCUSA membership, congregations‘. Here you will learn that

Membership in the Presbyterian Church (USA) declined by more than 100,000 last year, according to the 2012 statistics released recently by the denomination’s Office of the General Assembly. It is the single largest annual membership decline since the PCUSA was formed in 1983….

[Mateen] Elass said that the explanation from Parsons “boils down to two things: 1) All the mainline churches are in decline; the PCUSA is a mainline church; therefore it is in decline. 2) Our culture is increasingly resistant to affiliating with religious institutions — how can we help it if people today don’t want to sign on the dotted line …? Both these reasons, whether true or not, show a desire to excuse the leadership from responsibility rather than a passion to turn things around. There are certain churches that are growing in this environment. Why not study them and invest the denomination’s significant resources in retooling itself to become a more effective proponent of the gospel? Why not return with passion to the heart of the Biblical Gospel rather than giving itself over to causes that are ancillary to the church’s true mission?”

He continued, “On the other hand, the denomination is leaking like a sieve when it comes to membership retention. The number who transferred out to other denominations by certificate was up 126 percent from 2011 (52,064 compared to 23,082). The number lost through ‘other’ means (cleaning the rolls, usually) was up about 4 percent (from 95,613 to 99,067). The only category showing a slight decrease in losses from that of 2011 was in number of deaths. This is small consolation.”

For some diagnoses of what is happening in the PC(USA), take a read of these:

The end of the Presbyterian Church (USA), Mark Roberts

Fighting the wrong battle in the PCUSA, Calvin Fox

The Road to Gay Ordination in the Presbyterian Church (U.S.A.), Donald Fortson III

13 Differences Between the PCA and the PCUSA, Andrew Webb

I have a few suggestions for Gradye and other PCUSA leaders seeking to reach more Americans with the gospel and reverse the decline of the denomination:

1) In the name of racial diversity, invest more effort in reaching out to white Anglo-Saxon Americans. This is still the largest segment of American society, but the group that is fleeing evangelical and mainline churches in largest numbers. On the other hand, failure to do this will at least lead the PCUSA to perhaps reach an expired GA goal of 20% minority membership by 2010. As more WASPs leave the church, and minority numbers hold steady, overall minority percentages will increase dramatically. Not what was originally envisioned, I’m sure, but hey, at least it’s a goal to check off.

2) Since Jesus said to go where the fields were white unto harvest, and since the Pew report indicates that those most likely to affiliate with religious institutions are the politically conservative, begin a top to bottom house-cleaning of social, political and economic endorsements that lean leftward, and replace them with ones that lean right. This will attract those most likely to affiliate and give you a chance to welcome larger numbers into membership. Right now, you’re pitching your message to those least likely to respond. Isn’t that a waste of time and energy?

3) Since the unaffiliated (that fastest growing segment of the younger American population) is turned off by power-grabbing, money-grubbing religious institutions, and since you obviously want to reach this segment of society, rein in all the presbyteries and synods and GA entities that are lording it over individual congregations seeking to leave the PCUSA. Instead of ignoring or secretly encouraging them as they abuse their institutional power to cause as much pain as possible and extract as much money as they can in exchange for permission to legally become part of the body of Christ in another denominational structure, why not remove the property trust clause from the Book of Order, or declare that all churches are free to leave, no strings attached, no fees assessed? Any wishing to stay will do so voluntarily, and all unaffiliateds will see that the PCUSA is in fact not a money-grubbing, power-obsessed institution. Perhaps in observing such Christian grace, they will begin flooding into the new PCUSA.

These suggestions are, of course, made with tongue in cheek, though they each contain a kernel of truth worth considering as the denomination reels with its losses.

For some of my assessment of what happens when theological liberalism invades churches and denominations, see:

What does historical-critical theology do to the Bible?

Why would a Presbyterian denomination reject Jesus’ atoning sacrifice as propitiation?

The Gospel Distortion: A reply to John Shelby Spong

That should be enough to get you thinking about core elements of the Christian faith and what to do about spiritual surgery – cutting out the diseased stuff in any church or denomination.