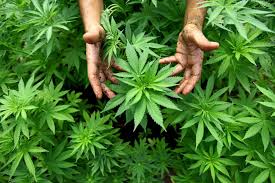 “When I used pot everyone was affected.” Colin [3] was adamant. School teachers said he was a pain in the butt. He couldn’t give a damn about his parents. Friends warned him about his changed personality.

His peers, in his language, were “hit men.” Success in rugby league was shattered. The boss sacked him because of his tardiness.

He warns: “As a young teenager, pot slowed my maturity. My memory was shot, and still is to some degree. I find it hard to use my mind at its full capacity. It is still difficult to relate to people.”  Increased marijuana use made him feel miserable. Crazy as it seems, the more he got into dope, the more marijuana he used to try to relieve his cannabis-induced misery.

What takes a normal kid in the suburbs in an average Aussie family to the depths of despair through drug addiction? He says that it started in year seven when he began “mixing with the wrong crowd” and a friend’s brother introduced him to the bong. “We would smoke in the school grounds at night and at weekends.”

It was an innocent first encounter, he asserted. Cigarettes, a cold beer and “a bit of marijuana.” By age 17, it was marijuana daily, with occasional use of speed and LSD. “It was a very expensive habit, but I always found the money to be stoned most of the day.”

His parents woke up six years later. Michael, his father, said that “it didn’t gel until he was 18.” How could parents miss the signs for so long?  Michael explained: “We grew up in a world without it. I was born in the country, worked long hours on the job. I went to boarding school. We knew right from wrong, so I didn’t go looking for this kind of stuff.”

Colin’s behaviour was uncontrollable but Michael read it as adolescent rebellion that he would outgrow.

Looking back, Michael says that he can now see the symptoms. Colin was sly and deceptive. Money and other goods disappeared from home. He’d leave for school with his clothes ragged — by choice. But Michael and his wife were not too worried. He was a teenager.

Colin grieves over the stress it caused Mum and Dad. The family was traumatised. He speaks about the “increasing careless attitudes towards anyone who got in my way. I was never home. I seldom made any family contribution. Everything was a hassle. Any inconvenience to me was absolutely intolerable. Getting high was first priority.” With regret, he admits, “I turned into a liar, deceiver and thief in my own family.”

His behaviour deteriorated. “My character changed. So did my outlook on life. Friends warned me about the changes in my personality. My values were turned around.”

He “lost his memory often, but that was almost a good thing, I thought. That’s part of being stoned.” He described his thinking as “like a few cords in the head had been severed, wires burned out, and sparks jumping the lead.”

This is consistent with the research of Dr. Richard Schwartz at Georgetown University (USA). He found that “cannabis-dependent adolescents have selective short-term memory deficits that continue for at least 6 weeks after the last use of marijuana.”

Sister Yvonne at the drug education and prevention agency, PRYDE (Cronulla) [4], remembers Colin’s state: “He could hardly string a sensible sentence together. Four or five different ideas were in the one sentence, but not one of the ideas was related to any other.” This is what researchers into the effects of heavy cannabis use call “sequential dialogue” problems.

The local shopkeeper, newsagent, anybody — became the victim of Colin’s rage, offensive attitudes and filthy language. “I was not pleasant to be around.”  Being high was more important than friends. He lost contact with mates in the last two years of his use. “They were my best friends. Now I struggle to make up for lost time.”

In relationships with girls, pot had to be involved. One girl stood by him as his life was in tatters. When he started treating her as a non-person, she opted out of the relationship. He cared deeply for her but “cannabis blinded me to whether or not people loved me.”  Mates were treated as scum and throw-aways. He lost a small carpet-cleaning business. “I mixed with drug addicted criminals constantly. Soon I learned how to be one of them. I hated others with a passion. People were scared of me. But I thought I was in control.”

Eventually his mind “broke down” and he was admitted to a hospital psychiatric unit because of his drug-induced psychosis. “I was hearing voices in my head and having good conversations with radio and TV announcers. It was scary. There were times of reality. Then I’d slip back to my crazy self.”

During one of those schizophrenic-like episodes Colin walked back and forth beside the main highway. Semi-trailers screeched past and he “contemplated stepping in front of them.” Death looked like a safe place for this teenager. Suicide or jail!  He was prepared for either. Three times he contemplated suicide and says that he was “within inches of death.”

The connection between pot use and schizophrenia is well documented. Marijuana use was linked with schizophrenia as an independent risk factor in a major Swedish study. Dr. Sven Andreasson and colleagues at the Karolinska Institute, Stockholm, found a 600 per cent increase in the incidence of schizophrenia in those who used marijuana on more than 50 occasions in a lifetime.

How much longer could Colin maintain his destructive lifestyle? Once when he faced a local magistrate for drink driving, possession of cannabis, assault and verbal abuse, a parole officer suggested a way out.

He recommended that Colin consider a Christian-based drug rehabilitation agency.  Religion? Matt would have none of it. But he had come to the end of himself. He didn’t know where to turn. Voluntarily, he entered the Christian rehabilitation centre but within five weeks was dismissed for rude and rebellious behaviour. “I had been doing this kind of stuff for years,” he said. A month later he was back in the program. Within twelve months, Colin was free of drugs and has been clean for the last 12 years. 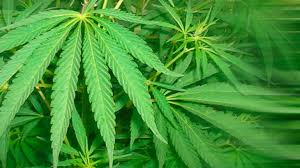 Former Christian counsellor at the rehabilitation centre, Alice, remembers how distrusting he was of people. He avoided closeness with anybody. She recalls how he “couldn’t stand any form of authority. He would smile and then ignore instructions. He was sneaky. A con!”

Alice says that when he returned to the Rehab Centre after his exclusion, she noticed new motivation. He wanted to change. He was committed to learning new principles in his life.

“But he did have a fiery temper that led to conflict with people. Through it all,” Alice recalls, “even though he was not always right, there was a child-like sincerity within him.”

Colin admits there have been temptations to re-use, but when that happens, “I stop, am still, renew my mind, and remember where I have come from.”  He says the change came when he committed his “life to Jesus Christ. I confessed my sin to him and now I am free.”  Why did he need a religious experience to get free of drugs? Others have not needed Christianity to leave illicit drugs behind. He is firm: “Jesus Christ offers hope that doesn’t fade. I needed lasting strength.”

Leading politicians in Australia advocate the decriminalisation of marijuana, similar to the legislation in South Australia and the A.C.T.  Colin objects: “If we let this drug loose in society, expect behaviour and character changes like what happened to me. The place would be a madhouse with thousands of Colins.  It will affect the milk bar person, the bread man, schools, social interaction, all of life around us. It’s a crazy idea.”

The change has been radical for Colin. Instead of ripping off society, this former drug addict is now giving back to the community. As a volunteer with the Drug-Arm street van, he raps with street kids on weekends. He speaks at schools and churches; works with the police in crime prevention strategies. This is the new Colin in action.

What a turn around! He entered a Bachelor of Theology degree programme at a theological college in Australia. The drug abuse still impacts on his memory. Learning Greek grammar is difficult. For many of us, English grammar is a challenge to master, even without drugs. He struggles with remembering the content of his speeches, based on brief notes.

He has returned to the Drug Rehab. as a temporary weekend supervisor. From drug addict to drug rehabilitation leader! Colin puts it down to “being set free.” [2]