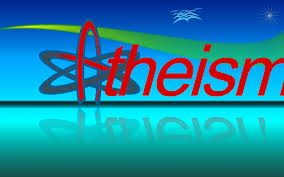 A.W. Tozer wrote that “what we believe about God is the most important thing about us.” Philosopher, Mortimer Adler, agreed: “More consequences for thought and action follow the affirmation or denial of God than from answering any other basic question.”

I am not an atheist or an agnostic for at least two reasons:

First, take a look at the world around us! There is such order and design in the universe. If we were nearer to the sun we would fry, but we’d freeze to death if we were further away.

When I examine how human life is sustained, I am amazed. Plants produce oxygen which human beings need. We produce carbon dioxide which plants need. What about human reproduction? How are fingers, legs, hair, skin, blood and brains formed?

Atheism leaves me cold amongst such grandeur in our world.

Second, when I look at human beings, I see two opposites. There’s incredible beauty and good will among us, but there is unbelievable evil and suffering around us.

Australians give multiple millions of dollars every year to help the starving and oppressed. Others have left lucrative trades and professions to go to war-torn and destitute countries. What about the hospitals that have been built and staffed? Don’t forget about the welfare agencies, both government and private, that make life easier for the hurting.

But there is another side: frustration, apathy, violence, nastiness, ugliness. And yet in the midst of this mess, people have a cry for meaning and purpose, for love, freedom, forgiveness, hope, even a cry for God.

I notice society is on the skids. I have met people sucked into the sexual freedom philosophy whose lives are in ruins. I have never yet met a person who jumped into bed with as many people as he/she wanted and ended up saying this is the great life with no negative consequences.

George Bernard Shaw, atheist, writer and the brains behind My Fair Lady wrote something provocative shortly before his death in 1950.  H. G. Wells, in his book, Mind At the End of Its Tether, tells of what Shaw said: “The science to which I pinned my faith is bankrupt. I believed it once. In its name I helped destroy the faith of millions of worshippers in the temples of a thousand creeds. And now they look at me and witness the tragedy of an atheist who has lost his faith.”

Atheism is powerless. When did you last hear somebody proclaim, “I have become an atheist and it has revolutionised my life, giving me new purpose and meaning. I was an alcoholic who was violent towards my wife and now I have become a reformed man.” Atheism doesn’t have that power.

God does! There are hundreds in this city who can declare, “If anyone is in Christ, he/she is a new creation; the old has gone, the new has come!”

One of the contemporary world’s most famous atheists, philosopher Antony Flew, has changed his mind and is now a believer in god.  Even the secular media reported this story.  Christianity Today wrote that Flew was not the first atheist to become a theist.  There were atheists in the Victorian era who came to similar conclusions.  The secular web stories are denying this story is true.

However, an exclusive interview between Dr. Antony Flew and Dr. Gary Habermas in 2004 should lay to rest the view that Antony Flew has not changed his mind.  Read it in My Pilgrimage from Atheism to Theism, in which he states that “the most impressive arguments for God’s existence are those that are supported by recent scientific discoveries.”

God writes the final chapter of ALL people’s lives! Where ill you be one minute after your last breath?