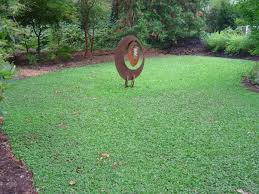 There is a pathetically inaccurate article in Newsweek, 6 February 2011, “What the Bible Really Says About Sex: New scholarship on the Good Book’s naughty bits and how it deals with adultery, divorce, and same-sex love”. As Christians, we cannot let this journalist, Lisa Millar, get away with such theologically liberal interpretations regarding the Bible’s view of sex.

Part of the article read:

The Bible is an ancient text, inapplicable in its particulars to the modern world.

In the Bible, “traditional marriage” doesn’t exist. Abraham fathers children with Sarah and his servant Hagar. Jacob marries Rachel and her sister Leah, as well as their servants Bilhah and Zilpah. Jesus was celibate, as was Paul.

Husbands, in essence, owned their wives, and fathers owned their daughters, too. A girl’s virginity was her father’s to protect—and to relinquish at any whim. Thus Lot offers his two virgin daughters to the angry mob that surrounds his house in Sodom. Deuteronomy proposes death for female adulterers, and Paul suggests “women should be silent in churches” (a rationale among some conservative denominations for barring women from the pulpit).

The Bible contains a “pervasive patriarchal bias,” Coogan writes. Better to elide the specifics and read the Bible for its teachings on love, compassion, and forgiveness. Taken as a whole, “the Bible can be understood as the record of the beginning of a continuous movement toward the goal of full freedom and equality for all persons”.

My response to Newsweek is Comment #64 (ozspen). I stated:

If I am looking for a manual on how to raise the best cooch grass for my Aussie front lawn, I don’t choose a guide for an alternative source, kikuyu grass. Lisa Millar wants to present the Bible’s view on sex, but she chooses another alternative – theological liberalism. Miller’s choice of books by Jennifer Wright Knust and Michael Coogan on the Bible’s view of sex, is like choosing ‘Christians’ who want to demolish Christianity and yet retain a Christian gloss.

If Millar knew the Bible, which she doesn’t, she would know the differences caused to the whole of the universe, including sexuality, by the fall into sin recorded in Genesis 3. The curse of sin has affected humanity and we see the aberrations of marriage throughout the Old Testament. Quoting Abraham does not denigrate the effects of sin on marriage.

Jesus Christ spoke on this subject when he was addressing the topic of divorce. ‘”Haven’t you read,” he replied, “that at the beginning the Creator ‘made them male and female,’ and said, ‘For this reason a man will leave his father and mother and be united to his wife, and the two will become one flesh’? So they are no longer two, but one flesh. Therefore what God has joined together, let no one separate” (Matthew 19:4-6 NIV). Monogamy of a man and a woman is God’s design. All other marriage alternatives are deviations.

The curse of sin has screwed up the universe, including God’s original intention for sex and marriage. Therefore, Millar’s effort to use theological liberalism to affirm a normative view of the Bible’s teaching on sex, is like choosing a kikuyu manual when a cooch handbook is needed.

Dr. Albert Mohler of the Southern Baptist Theological Seminary has written a challenging response to Lisa Millar’s article in, “What the Bible really says about sex … really?” I highly recommend that you read  it to see the bias of Millar’s views. On this blog site you can subscribe to email updates from Dr. Mohler. One of his special gifts is in cultural apologetics – addressing the issues of the day from a biblical perspective.