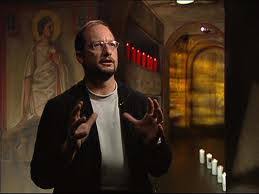 Matthew, on Christian Forums, has asked some good questions: “Why were the heretical books considered heretical?”  Below is how I responded to him.

I’ll suggest some responses below but first we need to note that you have been reading Bart Ehrman who has moved from being an evangelical Christian to an agnostic.

Therefore, his book, Jesus, Interrupted: Revealing the Hidden Contradictions in the Bible (And Why We Don’t Know About Them) [2010. New York, NY: HarperOne] is promoting his agnostic thesis about early Christianity.  Here’s a brief critique of Jesus, Interrupted by Ben Witherington III.  Part of what Witherington writes is:

One of the problems however with some of Bart’s popular work, including this book, is that it does not follow the age old adage— “before you boil down, you need to have first boiled it up”. By this I mean Bart Ehrman, so far as I can see, and I would be glad to be proved wrong about this fact, has never done the necessary laboring in the scholarly vineyard to be in a position to write a book like Jesus Interrupted from a position of long study and knowledge of New Testament Studies. He has never written a scholarly monograph on NT theology or exegesis. He has never written a scholarly commentary on any New Testament book whatsoever! His area of expertise is in textual criticism, and he has certainly written works like The Orthodox Corruption of Scripture, which have been variously reviewed, not to mention severely critiqued by other textual critics such as Gordon D. Fee, and his own mentor Bruce Metzger (whom I also did some study with). He is thus, in the guild of the Society of Biblical Literature a specialist in text criticism, but even in this realm he does not represent what might be called a majority view on such matters.

I suggest that you also read scholarly books such as:

On a more popular level, one of the best books I have read to answer your question is: Craig Evans, Fabricating Jesus: How Modern Scholars Distort the Gospels. Here, Evans will provide you with a critique of: Questionable texts (chs. 3 & 4): The Gospel of Thomas, the Gospel of Peter, the Egerton Gospel, the Gospel of Mary, and the Secret Gospel of Mark.

The question of the heretical vs genuine books of early Christianity has become more prominent in recent years because of the sceptical conclusions of the liberal Jesus Seminar since its publication in 1993 of The Five Gospels (Polebridge Press of Macmillan Publishing Company, New York) in which it was claimed that “eighty-two percent of the words ascribed to Jesus in the gospels were not actually spoken by him, according to the Jesus Seminar” (p. 5).  It reached similar conclusions about the activities of Jesus.

Back to your question: “Why were the heretical books considered heretical?”

Let’s use the Gospels as examples.  The simple answer is that the texts of our Gospels are close to the eyewitness reports of the words and deeds of Jesus that were conveyed by oral tradition and written manuscripts until the books became canonical.  If the texts did not agree with the eyewitness reports, they were regarded as heretical  This oral tradition was capable of preserving the eyewitness testimony of the apostles and thus preserving the words and works of Jesus in a reliable form.  However, it was also possible to create a tradition that was contrary to the eyewitness testimony.  We see this in the Gnostic writings.  I suggest a reading of chs. 10 & 11 of Bauckham, Jesus and the Eyewitnesses (details above).  These are titled, “Models of Oral Tradition” and “Transmitting the Jesus Traditions.”

Down through the years, scholars have developed historical and literary criteria for assessing biblical literature, but these criteria are not used on a consistent basis by some sceptical scholars.

Historical coherence, which means that the Gospel writers wrote about things that cohere with what we know about the historical context of Jesus’ life and ministry.

Embarrassment.  This should not be misunderstood.  It simply means that “material that potentially would have created awkwardness or embarrassment for the early church is not likely something that a Christian invented sometime after Easter.  ‘Embarrassing’ sayings and actions are those that are known to reach back to the ministry of Jesus, and therefore, like it or not, they cannot be deleted from the Jesus data bank.” (Craig Evans, 2007, p. 49).

Dissimilarity (which has involved a lot of discussion by scholars): It tries to exclude sayings and deeds of Jesus that may have originated in Jewish or early Christian circles.  If a saying, say, is not dissimilar to both Jewish & Early Christian contexts, it is called “double dissimilarity”; there is no guarantee that the saying or deed originated with Jesus.  Use of this criterion has been questioned by some scholars.

Semitisms and Palestinian background.  “Sayings and deeds that reflect Hebrew or Aramaic language (Semitisms), or reflect first-century Palestine (geography, topography, customs, commerce) are what we should expect of authentic material” (Evans 2007, pp. 50-51).

Coherence or consistency refers to “material that is consistent with  material judged authentic on the basis of the other criteria may also be regarded as authentic” (Evans 2007, p. 51).

Here is where I think many skeptical scholars, especially among the prominent members of the Jesus Seminar, go wrong.  They not only misapply some of the criteria (such as dissimilarity) and ignore or misunderstand others (such as Semitisms and Palestinian background), they tend to assume that sayings and deeds not supported by the criteria must be judged as inauthentic.  This severe, skeptical method leads to limited results, results that can be badly skewed, if the starting points themselves are off-base and wrong-headed.

The portrait of Jesus can be distorted badly through misapplication of the authenticity criteria to the New Testament Gospels.  When the extracanonical Gospels and sources are thrown into the mix and treated as though they were as ancient and as reliable as the canonical Gospels, then the problem of distortion is taken to new levels (2007, p.51).

You might like to look up this article: “Ancient Gnosticism: Traditions and Literature,”by Pheme Perkins; Theological Studies, Vol. 69, 2008. It’s available from Questia.

We can conclude that if the early Christian texts did not agree with the eyewitness reports from the apostles and others at the time of Jesus, they were regarded as heretical.