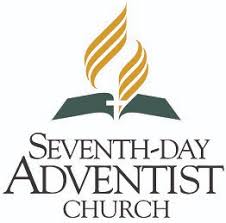 A friend of mine (I’m Spencer Gear) left the Seventh Day Adventist Church (SDA) a number of years ago and is now fellowshipping with and engaged in ministry in an evangelical Christian church.

Here he has kindly agreed to summarise why he left the Seventh-Day Adventist Church. He wrote to me:

It has been my policy since our exodus from Adventism, to leave them to their own devices for the simple reason that you cannot have a logical discussion with them. They do not answer to the point (as you have now experienced in your debates on a Christian Forum on the Internet) and this is simply because they have “set” (stereotyped) answers provided for them, to meet the challenges put to them, and they seem to hand out these responses whether they fit or not! The brainwashing that goes on within their organisation has hardened their hearts to such an extent that they truly believe they are right, and that everybody else is wrong.

In my sojourn of 15 years with them, I found that what they say to their prospective converts can be totally different to what they really believe. Walter Martin so rightly said of SDAs that they “speak out of both sides of their mouth”. All I am prepared to say to an SDA at this moment can be summarised as my six solid reasons for leaving the SDA organisation.

My friend gave his reasons for leaving the SDA church:

I am not a Seventh-day Adventist because I am convinced that Jesus Christ was sinless. I could never believe in the Adventist statement that Christ inherited a sinful nature. God’s word clearly says, “And the word was made flesh and dwelt among us, full of grace and truth” (John 1:14). They are trying to discredit the Lord Jesus here.

I am not a Seventh-day Adventist because God’s word tells me that our Lord Jesus Christ paid the full price for the sins of the whole world by victoriously completing his atonement on Calvary’s cross. I could never believe in the Adventist teaching of an incomplete atonement. How subtle and evil to use the name of Jesus as a convenient come on to those who want to believe, and then dishonour and discredit him by nullifying his redemptive power in this manner.

I am not a Seventh-day Adventist because I cannot accept their teaching that when Jesus ascended into heaven, he had to stand around in an imaginary ante-room in heaven for 1800 years at which time the Adventists were given the commission to preach to the rest of the world! This is indeed a most hideous unbiblical bigoted and revolting doctrine, and an insult to the King of Kings and Lord of Lords. My Bible tells me that Jesus went straight into the presence of God and sat at His right hand.

I am not a Seventh-day Adventist because of their negative teaching that we can never be certain that we are saved, until the second coming of Jesus, at which time we will be judged whether or not we are saved. This is just the opposite to what my Bible tells me. God’s word assures us that we know that we have eternal life. (1 John 5:13). Also, there is no condemnation to them which are in Christ Jesus, who walk not after the flesh but after the Spirit. (Rom 8:1)

I am not a Seventh-day Adventist because their belief system is built on a combination of truth and error. They deceive people into believing they are God’s exclusive channel of truth. This is undoubtedly a mark of a Cult, but how they accomplish this is interesting. Extensive interpretations and explanations by Ellen White twist the meaning of Scripture to uphold their denominational claims. For example, the account of the thief on the cross in Luke 23:43 has been altered in their Bible teaching by the shifting of a comma as follows:

Please note how the shifting of the comma gives an entirely different meaning to the sentence. Note:  being the normal KJV text and being the Adventist alteration. This is done to support their teaching on the state of the dead (Soul Sleep). As the Mormons have their own Bible (The Book of Mormon) and the J.W.s have theirs (The New World Bible), Seventh-day Adventists have the Clear Word Bible where they have added over 300 words. Adventists accuse Mormons and J.Ws of mutilating the Bible, but what Adventists have done to the Scriptures is incredible.

I am not a Seventh-day Adventist because I believe the Lord’s Day as acknowledged by the entire Christian world is the appropriate day for celebrating, remembering and honouring our Lord Jesus Christ’s resurrection and ascension into heaven. Nowhere in the Bible does it state that Christians should keep the Jewish 7th day as the day of worship, but God’s word clearly clearly tells us that the early Church began meeting on the first day of the week. Despite this overwhelming Biblical and historical evidence, Adventists have misconstrued the Bible, claiming that Christians should observe the Old Covenant practice of Sabbath keeping. They defy God’s word which clearly states that the New Covenant superseded the old. To add insult to injury, Adventist Prophetess Ellen White insists that Sunday keepers will receive the Mark of the Beast. They find it next to impossible now to cover up the insane statements made by Ellen White.

Finally, I am not a Seventh-day Adventist because their system was conceived in error and structured on a multitude of presumptions and falsehoods. Founded upon William Miller’s two failed predictions that Christ’s second coming would take place in 1843 and 1844 respectively, Ellen White accredited and continued the work which was finally called the Seventh-day Adventist Church. Their Fundamental beliefs were greatly influenced by her visions, supposed to be from God, but afterwards found to be questionable and hidden away in a vault. Thank God for His precious word with which I have confounded Adventism!

See this excellent study of Ellen G. White’s writings vs the Bible to show where the SDA founder, Ellen White, departs from the Bible in her teaching.

Praise the Lord!  What a wonderful Saviour is Jesus my Lord!