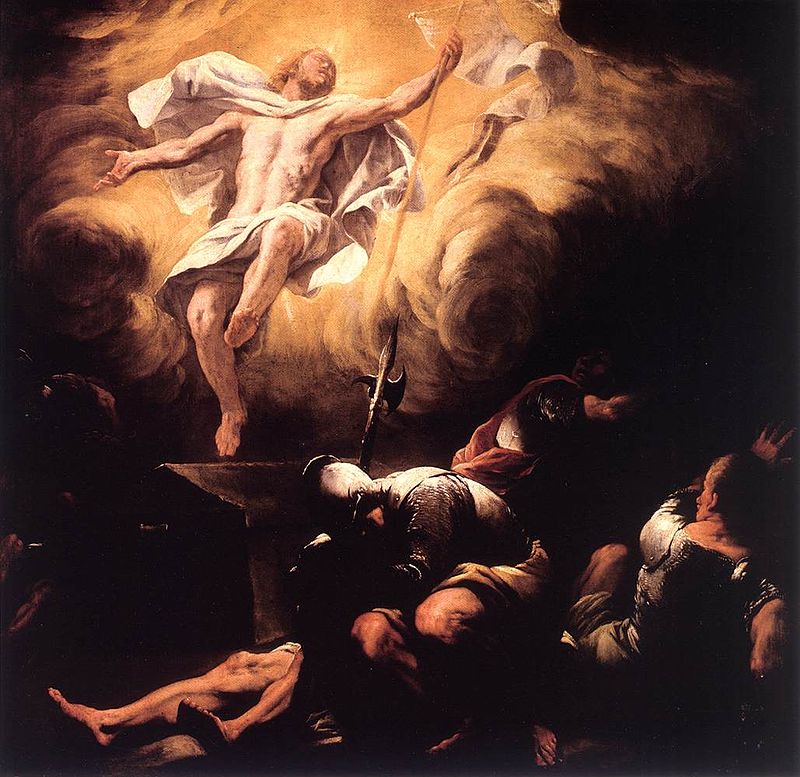 Many scholars and laity have attempted to debunk Jesus’ bodily resurrection. These are a few examples:

(a) John Shelby Spong: ‘Resurrection is an action of God. Jesus was raised into the meaning of God. It therefore cannot be a physical resuscitation occurring inside human history’ (1998).

(b) John Dominic Crossan, fellow of the infamous Jesus Seminar, wrote: ‘Jesus’ burial by his friends was totally fictional and unhistorical.  He was buried, if buried at all, by his enemies, and the necessarily shallow grave would have been easy prey for scavenging animals’ (1994:160) and Jesus’ resurrection was an apparition – a ghost (Crossan 1994:160).

(c) Rudolf Bultmann asked: “But what of the resurrection? Is it not a mythical event pure and simple? Obviously it is not an event of past history” (Bultmann 1984, Kerygma and Myth, online version).

(d) An antagonist: ‘If, as you say you believe, Jesus, resurrected with a physical body about 2,000 years ago, the probability that he is still alive and well is so infinitesimal that it may be considered non-existent’.

Are they correct, based on the texts of the Bible?

When used of an individual human being, the word body (soma) always means a physical body in the New Testament. There are no exceptions to this usage in the New Testament. Paul uses soma of the resurrection body of Christ [and of the resurrected bodies of people – yet to come] (I Cor 15:42-44), thus indicating his belief that it was a physical body (Geisler 1999:668).

Check out these Scriptures:

2. Jesus’ body came out from among the dead

This Greek preposition, ek, means Jesus was resurrected ‘out from among’ the dead bodies, that is, from the grave where corpses are buried (Acts 13:29-30).  These same words are used to describe Lazarus being raised ‘from (ek) the dead’ (John 12:1). In this case there was no doubt that he came out of the grave in the same body in which he was buried. Thus, resurrection was of a physical corpse out of a tomb or graveyard (Geisler 1999:668).

This confirms the physical nature of the resurrection body.

Paul to the Corinthians wrote that Christ

appeared to Peter, and then to the Twelve. After that, he appeared to more than five hundred of the brothers at the same time, most of whom are still living, though some have fallen asleep. Then he appeared to James, then to all the apostles, and last of all he appeared to me [Paul] also, as to one abnormally born (I Cor. 15:5-8).

You could not believe the discussion and controversy one little verb has caused among Bible teachers. Christ ‘appeared’ to whom?  Here, Paul says, Peter, the twelve disciples, over 500 other Christians, James, all the apostles, and to Paul ‘as to one abnormally born’.

The main controversy has been over whether this was some supernatural revelation called an ‘appearance’ or was it actually ‘seeing’ his physical being. These are the objective facts:

The resurrection of Jesus from the dead was not a form of ‘spiritual’ existence. Just as he was truly dead and buried, so he was truly raised from the dead bodily and seen by a large number of witnesses on a variety of occasions (Fee 1987:728).

No wonder the Book of Acts can begin with: ‘After his suffering, he showed himself to these men and gave many convincing proofs that he was alive. He appeared to them over a period of forty days and spoke about the kingdom of God’ (Acts 1:3 NIV).

4. Why is the bodily resurrection of Jesus important? 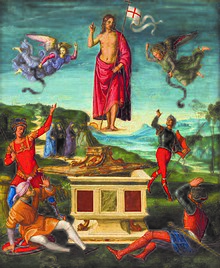 We must understand how serious it is to deny the resurrection, the bodily resurrection, of Jesus. Paul told the Corinthians: ‘If there is no resurrection of the dead, then not even Christ has been raised. And if Christ has not been raised, our preaching is useless and so is your faith’ (I Cor. 15:13-14).

The updated World Christian Encyclopedia, just published by Oxford University Press, says that by mid-century there will be 3 billion Christians, constituting 34.3% of the world´s population, up from the current 33%.

Christians now number 2 billion and are divided into 33,820 denominations and churches, in 238 countries, and use 7,100 languages, the encyclopedia says (Zenit 2001).

If there is no bodily resurrection, we might as well announce it to the world and tell all Christians they are living a lie and ought to go practise some other religion or whoop it up in a carefree way of eating, drinking and being merry.

British evangelist and apologist, Michael Green (1930-2019), summarised the main issues about the bodily resurrection of Christ:

The supreme miracle of Christianity is the resurrection…. [In the New Testament] assurance of the resurrection shines out from every page.  It is the crux of Christianity, the heart of the matter. If it is true, then there is a future for mankind; and death and suffering have to be viewed in a totally new light. If it is not true, Christianity collapses into mythology. In that case we are, as Saul of Tarsus conceded, of all men most to be pitied (Green 1990:184).

5. The bodily resurrection is absolutely essential for these reasons:

These are not minor reasons; they are essential to core Christianity.

5.1 Belief in the resurrection of Christ is absolutely necessary for salvation

Romans 10:9 states: ‘If you confess with your mouth, “Jesus is Lord,” and believe in your heart that God raised him from the dead, you will be saved’. Salvation means that you are saved from God’s wrath because of the resurrection of Christ. You are saved from hell.

Your new birth, regeneration is guaranteed by the resurrection. First Peter 1:3 states that ‘In his great mercy he has given us new birth into a living hope through the resurrection of Jesus Christ from the dead’.

The spiritual power within every Christian happens because of the resurrection. Paul assured the Ephesians of Christ’s ‘incomparably great power for us who believe. That power is like the working of his mighty strength, which he exerted in Christ when he raised him from the dead and seated him at his right hand in the heavenly realms’ (Eph 1:19-20).  You can’t have spiritual power in your life without the resurrected Christ.

In one passage, Paul links your justification through faith to the resurrection; he associates directly your being declared righteous, your being not guilty before God, with Christ’s resurrection.  Romans 4:25 states that Jesus ‘was delivered over to death for our sins and was raised to life for our justification’.

Your salvation, being born again, justification, having spiritual power in the Christian life depends on your faith in the raising of Jesus from the dead.  Not any old resurrection will do. Jesus’ body after the resurrection was not a spirit or phantom. It was a real, physical body. If you don’t believe in the resurrection of Christ, on the basis of this verse, you can’t be saved.

5.2 Christ’s resurrection proves that he is God

From very early in his ministry, Jesus’ predicted his resurrection.  The Jews asked him for a sign. According to John 2:19-21, ‘Jesus answered them, “Destroy this temple, and I will raise it again in three days”… But the temple he had spoken of was his body’.  Did you get that?  Jesus predicted that he, being God, would have his body – of the man Jesus – destroyed and three days later, he would raise this body.

The third reason Christ’s bodily resurrection is core Christianity is:

5.3 Life after death is guaranteed!

Remember what Jesus taught his disciples in John 14:19, ‘Before long, the world will not see me anymore, but you will see me. Because I live, you also will live’. If you truly have saving faith in Christ, his resurrection makes life after death a certainty.

Another piece of evidence to support the resurrection as a central part of Christianity is:

After you die and Christ comes again, the New Testament connects Christ’s resurrection with our final bodily resurrection. First Cor. 6:14 states, ‘By his power God raised the Lord from the dead, and he will raise us also’.

In the most extensive discussion on the connection between Christ’s resurrection and the Christian’s own bodily resurrection, Paul states that Christ is ‘the firstfruits of those who have fallen asleep. (I Cor. 15:20).

What are ‘firstfruits’? It’s an agricultural metaphor indicating the first taste of the ripening crop, showing that the full harvest is coming.  This shows what believers’ resurrection bodies, the full harvest, will be like.

The New Living Translation translation of 1 Cor. 15:20 explains it in down to earth terms, ‘But in fact, Christ has been raised from the dead. He is the first of a great harvest of all who have died’.

Do you see how critically important it is to have a biblical understanding of the nature of Christ’s resurrection – his bodily resurrection?

The resurrection of Jesus Christ from the dead separates Christianity from all mere religion–whatever its form. Christianity without the literal, physical resurrection of Jesus Christ from the dead is merely one religion among many. “And if Christ is not risen,” said the Apostle Paul, “then our preaching is empty and your faith is in vain” [1 Corinthians 15:14]. Furthermore, “You are still in your sins!” [v. 17b]. Paul could not have chosen stronger language. “If in this life only we have hope in Christ, we are of all men the most pitiable” [v. 19].

Yet, the resurrection of Jesus Christ has been under persistent attacks since the Apostolic age. Why? Because it is the central confirmation of Jesus’ identity as the incarnate Son of God, and the ultimate sign of Christ’s completed work of atonement, redemption, reconciliation, and salvation. Those who oppose Christ, whether first century religious leaders or twentieth century secularists, recognise the Resurrection as the vindication of Christ against His enemies (Mohler 2016).

In spite of attacks from the cynics, sceptics and liberal church, the bodily (soma) resurrection of Jesus demonstrates he rose in a real body that could be touched. Those around him communicated with him; he ate with them (see John 20:20, 26-28; Luke 24:39-43).

It was a soma (bodily) resurrection when Jesus came ek (out from) among the dead. If there is no bodily resurrection, there is no Christianity. He appeared to over 500 people, many of whom were still alive (inferring doubters could go to check with them).

Christianity without the literal, physical resurrection of Jesus Christ from the dead is merely one religion among many. “And if Christ is not risen,” said the Apostle Paul, “then our preaching is empty and your faith is in vain” [1 Corinthians 15:14] (Albert Mohler Jr.)