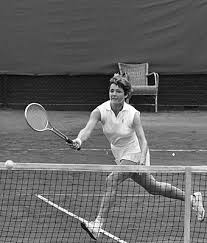 This article first appeared in On Line Opinion, 25 November 2019.

When will you and your mass media colleagues ever get a handle on the meaning of ‘homophobic’?

The Lexico/Oxford Dictionary describes homophobic as, ‘having or showing a dislike of or prejudice against homosexual people’ (Lexico.com 2019. s.v. homophobic).

The Macquarie Dictionary relates homophobia to those who have a ‘fear of homosexuals, usually linked with hostility towards them’ (1997. s.v. homophobia).

Fitz, why your hullabaloo about Margaret Court being homophobic? She rebutted your view in an interview with Vision Christian Radio (31 May 2017) when she stated: ‘I’ve got nothing against homosexual people as individuals. But my stand for my Christian beliefs is for marriage the Bible way’. 7News reported: ‘Margaret Court has said, ‘I love them [homosexuals], I have them in the church‘.

Based on the dictionary definitions, Margaret Court is not homophobic. She presents God’s view of marriage between a man and a woman and not between two people of the same sex.

Jesus confirmed the Genesis teaching in Matthew 19:4-6. A man will leave his father and mother and be joined to his wife. It does not say he will be joined (sexually) with another male. Margaret Court is correct in affirming the biblical view of sexuality in marriage. She is not homophobic but a promoter of God’s view, heterosexuality. 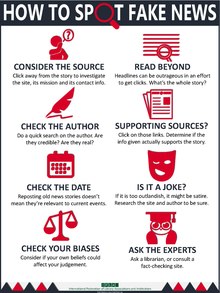 You presented sensational false news about Court’s views when she stated ‘I love them (homosexuals)’. You created a homophobic, irrational understanding with your allegations against this former champion tennis player.

What was Margaret Court’s motive in her stand against homosexual marriage?

The Statement of Faith of Victory Life Centre, Perth, states: ‘That Marriage, according to Scripture is between a man and a woman; that man and woman are joined to become one flesh. God created man in His own image, male and female instructing them to be fruitful and multiply’ (Genesis 1:27-28; 2:24).

Margaret, remember a couple years ago you were ‘citing the Bible’ to proclaim the ‘only legitimate love is that between a man and a woman’. In doing this you asserted ‘those with a different sexuality to you are not your equal’.

These are your hypocrisies: You want the Bible to be your standard for marriage but you don’t use the Bible for your standard on teaching for women in ministry. I know this straight from the Bible you quote.

Fitz, if you were a student in one of my (Spencer Gear’s) courses at Bible College and gave your expositions of these three passages as you have done here, you would fail the exam. You didn’t come up to the standard because you, an atheist,could not achieve … 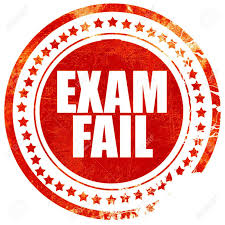 Elsewhere the Apostle Paul affirmed the ministry of teaching by men and women. See 1 Cor 14:26 and Colossians 3:16-17. There was none of this information in your article. Seems to me you deliberately set out to denigrate Margaret Court’s view of Scripture, her alleged hypocrisy in supporting heterosexual marriage while violating the Bible’s view of women as teachers.

The Christian faith is built on every-member ministry. It was declared on the Day of Pentecost: ‘In the last days,’ God says, ‘I will pour out my Spirit upon all people. Your sons and daughters will prophesy. Your young men will see visions, and your old men will dream dreams. In those days I will pour out my Spirit even on my servants-men and women alike-and they will prophesy (Acts 2:17-18).

The same Apostle Paul who wrote the words in 1 Corinthians, Ephesians and Timothy also wrote Galatians 3:28, ‘There is no longer Jew or Gentile, slave or free, male and female. For you are all one in Christ Jesus’.

Jesus’ death and resurrection broke down the former barriers for women.

Would you want me to read your article the way you interpret Margaret Court’s statements? She stated she loves homosexuals and has them in her church. Your assessment is that Margaret is ‘a homophobic zealot’. Margaret stated clearly what she meant. Fitz twisted this in true deconstructionist, reader-response style.

Deconstruction can be slippery to define but it briefly means that Fitz writes about Mrs Court but she doesn’t mean what we think she means in promoting heterosexuality. You went searching for other meanings as a deconstructionist as ‘other meanings are always there’. That’s not the way I read The Sydney Morning Herald or Manning Clark’s, The History of Australia.

Reader-response is a postmodern, deconstructionist approach to reading literature where meaning does not reside in the text. ‘Words in a text evoke images in readers’ minds and readers bring their experiences to this encounter. Because individuals have different life experiences, it is almost certain that no two readers or reading sessions will form the exact same interpretation of a text’.

You deconstructed Margaret’s meaning and imposed your interpretation as a reader on what she wrote.

Let me try this approach with your article:

At Tennis Australia (TA) we have no religious views whatsoever, and welcome everyone. That’s what TA would like to say but we have a commitment to equality that excludes fundamentalist Christians, as your statements demonstrate. Intense feelings arise in TA members towards you, Margaret Court. You have brought disrepute on TA with your bigotry towards the LGBTI+ community.

Fitz, would you approve of my promoting that view, based on your article? Of course not, but that’s what you’ve done with putting words into Margaret Court’s mouth about the LGBTI+ community not being equal with the straights and the way she ‘trashed the gays’. This is Fitz deconstructing Mrs Court with his reader-response interpretation.

Wake up, Fitz. You don’t know the Scriptures you prepared to promote PC, fake, reader-response news to disparage Margaret Court’s statements. Based on how you have ruined the reputation by fake news of Margaret Court, I can’t read your articles with confidence that you tell the truth.

I call upon you to promote the accurate meaning of homophobic. The Cambridge Dictionary defines it as ‘involving a fear or dislike of gay people’ (2019. s.v. homophobic).

Margaret Court, based on her own statements, does not fear or dislike gay people. She loves them and has them in her church, Victory Life Centre, Perth – so is not homophobic.