‘I’m not running for Pope’ 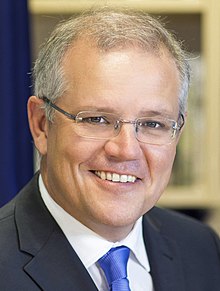 This article was first published by On Line Opinion, 6 November 2019.

What is Prime Minister, Scott Morrison, telling us about his Christianity with these statements?

Before becoming PM, he did not support same-sex marriage. What about now?

When interviewed by Leigh Sales, he had an opportunity to tell those watching what his views were on the existence and nature of God. He pushed that one aside with a ‘love’ view.

He’s a Christian who doesn’t mix religion and politics.

Which God is he serving? He and his family attend Horizon Church, Sutherland Shire, NSW, Australia. This is a Pentecostal congregation associated with the Australian Christian Churches, affiliated with the Assemblies of God worldwide.

He allowed the mass media into the worship service to see him with his wife at Easter Sunday service 2019. ScoMo was praising God with hand raised. This is a common practice in Pentecostal and other evangelical church worship, supported by Bible passages such as Psalm 63:4.

This article will examine how Morrison’s Christianity integrates in public with his politics.

When he was treasurer in 2016, he did not support change from traditional to same-sex marriage. This is in agreement with Jesus’ endorsement of heterosexual relationships:

‘‘’Haven’t you read,’ he replied, ‘that at the beginning the Creator “made them male and female,” and said, “For this reason a man will leave his father and mother and be united to his wife, and the two will become one flesh”? So they are no longer two, but one flesh’ (Matthew 19:4-6).

The context of the recent abortion debate in NSW was when the PM acknowledged it was a State issue where the MPs and MLCs were granted a conscience vote. He would not make it a Commonwealth issue but acknowledged

“I have what I would describe as conservative views on this issue as people know I have on other issues. That’s really all I think I need to say”.

That statement was made after he became PM.

Now that homosexual marriage has been legalised in Australia, what is Morrison’s view? Notice how he dodges the journalist’s questions:

Mr Morrison abstained from voting for marriage equality when it passed the House of Representatives in 2018, and he voted “no” in the national survey.

When asked if he is still personally opposed to same-sex marriage, the prime minister replied: “It’s law. And I’m glad that the change has now been made and people can get on with their lives. That’s what I’m happy about.”

When pressed on whether his opinions have changed, he told reporters in Perth: “I always support the law of the country“.

So, he supports Australian law but won’t own up to his current personal beliefs about homosexuality. I wonder, as a Pentecostal Christian, whether he accepts the Bible’s view on the topic.

OUTinPerth, an LGBTIQ+ news source, observed ScoMo’s views on homosexuality when a journalist interviewed him in Perth. Now he was supportive of same-sex couples being allowed to ‘get on with their lives’ because he ‘always supports the law of the country’.

ScoMo would not be drawn into a discussion on whether he believed ‘gay people would be sent to hell’ – referring to the Israel Folau controversy.

Leigh Sales of ABC’s 7.30 grilled him on this topic: ‘I’m not running for Pope,’ Mr Morrison shot back. “I’m running for Prime Minister. And the theological questions are not ones that are actually, I think, germane to the political debate in this country’.

Then he defined faith as loving others, ‘which is what I’ve always believed’. His parents taught by example, serving in local youth organisations, boys and girls brigade for the youth in their community. ‘They taught me a life of faith and service and that’s what my faith means to me. It means service and caring for others’. 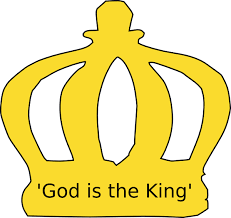 He had an ideal public opportunity to declare his belief in the Lord God Almighty and Jesus the Saviour who offers salvation to the world. He turned to the ‘loving others’ definition of who God is. In my view he dodged the issues regarding attributes of God for a Christian PM.

We heard former PM, Malcolm Turnbull, state, ‘We can’t make it rain’. Step up to the mark ScoMo. You know the One who sends and withholds rain: God the Father ‘lets the sun rise for all people, whether they are good or bad. He sends rain to those who do right and to those who do wrong’.

I’m waiting on Morrison’s call to the nation to flood into churches, public halls and local parks to pray earnestly for rain. We can’t force God to send the rain but he has told us to ‘never stop praying’ and wait for his sovereign action in sending the liquid gold to the parched regions of the nation.

It is time for this Christian PM to tell us who sends the rain. This view espoused by many that ‘we can’t make it rain’ is true but it avoids announcing who sends rain and how we should respond to the drought.

4. Religion does not mix with politics

Morrison told a journalist, ‘he doesn’t “mix [his] religion with politics”’.

Regarding homosexuals and hell, he clarified his view before the 2019 election: ‘No, I do not believe that’, he told SBS News.

Does he believe all sinners go to hell? I have not found his making a clear public statement about this.

However, The Horizon Church where he and his family attend, stated in its Doctrinal Basis (for Australian Christian Churches), ‘We believe in the everlasting punishment of the wicked (in the sense of eternal torment) who wilfully reject and despise the love of God manifested in the great sacrifice of his only Son on the cross for their salvation’ (Bible references provided).

If ScoMo is a member of that Church he would have to accept this teaching.

5. Which Bible does ScoMo read?

Twelve months ago when he was treasurer, Morrison’s views on morality and a Christian world view do not match his philosophy with biblical teaching today. From what I’ve written above, alarm bells should be ringing of conflicts between his beliefs and actions.

The first alarm concerns how a person’s world view affects life in the real world, including politics. All of us have a world view, a lens through which we look and interpret all of life.

The global warming world view uses a certain set of lenses. Left wing and right wing agitators also use different lenses. The Christian and atheistic world views see life through the theistic God’s existence (Christian) and the lack of evidence for God (atheism).

For ScoMo to state he doesn’t ‘mix religion with politics’, he violates a Christian fundamental belief: ‘And whatever you do, whether in word or deed, do it all in the name of the Lord Jesus, giving thanks to God the Father through him’ (Colossians 3:17).

So, ScoMo, as a biblical Christian, should live by the teaching: ‘I must mix my Christianity with political thinking and actions. By this I give thanks to God the Father through Jesus’.

A second alarm deals with ScoMo’s acceptance of moral issues after they become law, e.g. homosexual marriage and abortion. The biblical view is that promoted by Peter and the apostles when confronted with the Jewish high council (the Sanhedrin).

The high priest stated: ‘We gave you strict orders not to teach in this name. Look, you have filled Jerusalem with your teaching, and you intend to bring this man’s blood on us! But Peter and the apostles replied, “We must obey God rather than people” (Acts 5:28-29).

Should that be ScoMo’s approach to legislation that clashes with Scripture?

First Corinthians 6:9-11 is clear. Wrong doers or the unrighteous will not inherit the kingdom of God. These include those who indulge in sexual sin, worship idols, commit adultery, are male prostitutes, practise homosexuality, are thieves, greedy, drunkards, abusive, or cheat people.

If they don’t inherit the kingdom of God, where do they go at death? Jesus said regarding the last judgment: ‘They [the unrighteous] will go away into eternal punishment, but the righteous will go into eternal life’ (Matthew 25:46).

Therefore, Izzy scored the try across the biblical line while ScoMo fumbled the biblical material and presented a view that is foreign to the text.

As for God’s view on abortion, is it more than ScoMo’s ‘conservative’ view? Is the unborn a living human being (from God’s perspective) whose right to live should be preserved? Or is the unborn child a lump of cells of no more value than a chicken fillet?

Scripture teaches that human life exists in the womb: ‘You made all the delicate, inner parts of my body and knit me together in my mother’s womb’ (Psalm 139:13).

In the New Testament (NT), when Mary and Elizabeth met, both being pregnant, Elizabeth’s baby (John the Baptist) ‘leaped in her womb’ in salutation of Mary’s baby, Jesus.  Of special significance in Luke’s account is that he used the same word brephos (NT Greek) for an unborn child (1:41, 44), the new-born baby (2:12, 16) and the little ones brought to Jesus to bless (18:15).

In 1970, in the midst of the United States’ abortion debate (it was legalised in 1973), the editors of the journal California Medicine (the official journal of the California Medical Association), noticed ‘a curious avoidance of thescientific fact, which everyone really knows, that human life begins at conception and is continuous whether intra or extrauterine until death’.

Therefore, to kill an unborn infant is to murder a human being.

ScoMo’s world view is not driven by biblical Christianity’s, ‘We must obey God rather than human beings’. When he reneges on what the Bible says about the destiny of all evil doers, including homosexuals, he has made a trade off to weaken what the Bible states.

To affirm that he is not running for Pope and serves a God of love avoids fuller explanation of who God is: All-powerful, one who knows all things, has wrath as well as love; he offers salvation to all who believe; we can know him truly, and he is eternal.

Could you imagine ScoMo taking a stand on the 7.30 program like this? ‘As a Christian who believes in the inspiration of the Bible, I endorse the content of Israel Folau’s Instagram post. As a Christian PM, everything I say and do will be under the scrutiny of the Bible’.

I appreciate that that kind of comment would lose some votes at the next election – while gaining others – and could be used by the opposition to denigrate his beliefs in a multicultural Australia. Nevertheless, the Australian Constitution has its foundation in the five states that joined together, ‘humbly relying on the blessing of Almighty God’.

All Christians are faced with the ScoMo challenge: ‘Everything you say and everything you do should be done for Jesus your Lord’. Imagine the PM saying it like that to Leigh Sales!

In my view, the public life of politics has weakened ScoMo’s overt Christianity.