How should Christians respond to terminal illness, suffering, mothers who don’t want the baby in the womb, and euthanasia? How should a government respond to a request for euthanasia with this kind of facial disease?

Should this heart-breaking story be enough to push a society over the edge to legalise euthanasia and assisted suicide? Are emotional, heartbreaking stories like this one enough to convince politicians it’s time to stop the pain and approve the killing of such a person – with her informed consent?

‘Chantal Sébire was a French schoolteacher who developed a rare form of cancer which severely disfigured her eye-sockets and face. She also lost her senses of sight, taste and smell’. She died in 2008 from a drug overdose when the French government would not grant her the right to euthanasia’ (courtesy Ranker).

Martyn Iles was the new managing director of the Australian Christian Lobby (ACL), as of 2018. I received an emailer from ACL that included Martyn’s brief, but exceptional article, ‘Dr David Goodall, euthanasia, and suffering‘.

It contains the line, ‘If we rip off the band-aid that says, “thou shalt not kill” in such circumstances, we are asking for a myriad of troubles’.

If it means ‘you shall not kill’, God contradicted himself many times in the OT. A couple examples are:

Joshua 6 describes the destruction of Jericho (the Canaanites) at God’s command. Why would God authorise such murder? Norman Geisler explained:

Israel was commanded by God to completely exterminate the Canaanite inhabitants of the land including men, women, and children. This has been called a primitive and barbaric act of murder perpetrated on innocent lives.

Several factors must be kept in mind in viewing this situation.

(1) There is a difference between murder and justifiable killing. Murder involves intentional and malicious hatred which leads to life-taking. On the other hand, the Bible speaks of permissible life-taking in capital punishment (Gen. 9:), in self defense (Exod. 22:2), and in a justifiable war (Gen. 14).

(2) The Canaanites were by no means innocent. They were a people cursed of God from their very beginning (Gen. 9:25). They were a vile people who practiced the basest forms of immorality. God described their sin vividly in these words, “I punished its iniquity, and the land vomited out its inhabitants” (Lev. 18:25).

(3) Further, the innocent people of the land were not slaughtered. The story of Sodom and Gomorrah clearly demonstrates that God would save a whole city for ten righteous people (Gen. 18:22f.). In that incident, when God could not find ten righteous people, He took the four or five righteous ones out of the place so as not to destroy them with the wicked (Gen. 19:15). On another occasion God saved some thirty-two thousand people who were morally pure (Num. 31:35). Another notable example is Rahab, whom God saved because she believed (cf. Heb. 11:31).

(4) God waited patiently for hundreds of years, giving the wicked inhabitants of Canaan time to repent (cf. 2 Peter 3:9) before He finally decided to destroy them (Gen. 15:16). When their iniquity was “full,” divine judgment fell. God’s judgment was akin to surgery for cancer or amputation of a leg as the only way to save the rest of a sick body. Just as cancer or gangrene contaminates the physical body, those elements in a society—if their evil is left to fester—will completely contaminate the rest of society.

(5) Finally, the battle confronting Israel was not simply a religious war; it was a theocratic war. Israel was directly ruled by God and the extermination was God’s direct command (cf. Exod. 23:27-30; Deut. 7:3-6; Josh. 8:24-26). No other nation either before or after Israel has been a theocracy. Thus, those commands were unique. Israel as a theocracy was an instrument of judgment in the hands of God. (Norman L. Geisler, A Popular Survey of the Old Testament, Baker Book House, Grand Rapids, 1977, pp. 99-100, in ‘How could a loving God tell the Israelites to kill their enemies, even children?’)

God authorised the murder / killing of many people according to the OT.

Why is ‘kill’ a mistranslation? The Hebrew uses the word, rasah, which is a specific word for murder in the 6th commandment. This does not prohibit capital punishment, but is in harmony with Gen 9:6.  Rasah is not a general word for ‘kill’ as we have in English.

The next chapter of Exodus gives an example that demonstrates Ex 20:13 does not refer to general killing: ‘Anyone who strikes a person with a fatal blow is to be put to death’ (Ex 21:12 NIV).

We need to remember that God is not against killing: ‘… without the shedding of blood there is no forgiveness’ (Heb 9:22 NIV).

As Professor Berel Lang of Trinity College in Hartford, Connecticut (USA) has noted:

“The original Hebrew, lo tirtsah., is very clear, since the verb ratsah. means ‘murder,’ not ‘kill.’ If the commandment proscribed killing as such, it would position Judaism against capital punishment and make it pacifist even in wartime. These may be defensible or admirable views, but they’re certainly not biblical” (cited in Andrew Holt PhD).

There would be a substantial contradiction created by God if his command was, ‘You shall not kill’, as God Himself ordered the killing of many people, Israelites and Gentiles in the OT.

The exegesis of Ex 20:13 and Matt 19:18 demonstrates that the correct translation is, ‘You shall not murder’ and not ‘you shall not kill’.

Both medical science and Scripture confirm that the life of a human being begins at conception/implantation. See my articles:

Abortion and Life: A Christian Perspective

The Church Fathers on Abortion

When an abortion goes horribly wrong

Therefore, I conclude that abortion, euthanasia and assisted suicide involve the murder of a human being and should be criminal offences. 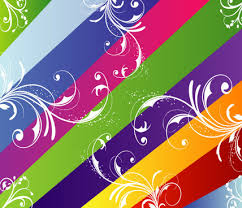