‘For God so loved the world’ (John 3:16) should be a straightforward statement but it is not so when I get into discussions with some Calvinists. Let’s see how it worked out on a Christian Forum.

A. Changing the meaning of ‘world’

I encountered this Calvinist who wrote:[1] ‘Your accusation was that I changed the definition of the word, which I did not do’.[2]

I responded:[3] There is no other language to use than to call this a lie. You have changed the definition of the word ‘world’ in relation to John 3:16 and who God loves. How do I know? Here’s your evidence in this directory:

Please go back to #418[4] where you stated: ‘It’s not unjust for God to not love everyone. It would only be unjust if He was obligated to do so’.

In #430[6] you wrote: ‘I have a biblical view that says God actually saves those He loves, not that He sends some that He loves to hell for disagreeing with Him’.
So you have misinterpreted ‘world’ in John 3:16 and made

Please don’t kid us into believing that you haven’t changed the meaning of ‘world’ and who God loves in John 3:16. I’m not falling for your tactics when you have provided the evidence to refute yourself.

Hammster continued: ‘I have not misrepresented “world” in John 3:16. I just disagree with your use of it. That’s not the same thing as changing the definition. If I had said “world means Calvinists”, or something similar, then you’d be correct’.[7]

I continued:[8] No amount of calling it ‘yes’ when your posts have documented ‘no’ to God’s loving the whole world, will convince me that you have not misinterpret Scripture by adding to what is stated.

And have a guess what?

Another Calvinistic Reformed commentator, Don (D A) Carson, in his commentary on John’s Gospel refutes your perspective on the meaning of ‘world’ with your applying it to God’s chosen people in John 3:16. Of this verse, Carson wrote: 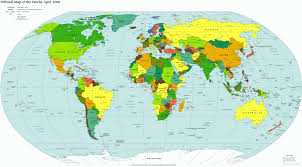 More than any New Testament writer, John develops a theology of the love relations between the Father and the Son, and makes it clear that, as applied to human beings, the love of God is not the consequence of their loveliness but of the sublime truth that ‘God is love’ (1 Jn. 4:16).
From this survey it is clear that it is atypical for John to speak of God’s love for the world, but this truth is therefore made to stand out as all the more wonderful. Jews were familiar with the truth that God loved the children of Israel; here God’s love is not restricted by race. Even so, God’s love is to be admired not because the world is so big and includes so many people, but because the world is so bad: that is the customary connotation of kosmos (‘world’; cf. notes on 1:9). The world is so wicked that John elsewhere forbids Christians to love it or anything in it (1 Jn. 2:15-17). There is no contradiction between this prohibition and the fact that God does love it. Christians are not to love the world with the selfish love of participation; God loves the world with the self-less, costly love of redemption (Carson 1991:205, emphasis added).

FreeGrace2 wrote, “No, the heart is that God created the human race antagonistic to Him” (#441).
You (Hammster) responded:

This is not the heart of Calvinism. That you think so shows that, despite all your time here on CF, you still only know your straw man view of Calvinism. I honestly cannot see how trying to correct you further will be of any benefit. You may continue to call this a dodge. I frankly do not care.[10]

I could not let him get away with this one.[11] That is factually untrue for some Calvinists. It is the heart of Calvinism for some like John Piper, the double-predestinarian, when he stated this?

‘It’s right for God to slaughter women and children anytime he pleases. God gives life and he takes life. Everybody who dies, dies because God wills that they die.

God is taking life every day. He will take 50,000 lives today. Life is in God’s hand. God decides when your last heartbeat will be, and whether it ends through cancer or a bullet wound. God governs.

So God is God! He rules and governs everything. And everything he does is just and right and good. God owes us nothing.

If I were to drop dead right now, or a suicide bomber downstairs were to blow this building up and I were blown into smithereens, God would have done me no wrong. He does no wrong to anybody when he takes their life, whether at 2 weeks or at age 92′ (‘What Made It OK for God to Kill Women, Children in Old Testament?‘, The Christian Post, February 6, 2012, emphasis added).

So did God slaughter all those people on September 11, 2001? What about the carnage that is going on today in Syria and the South Sudan? What about the children who are being raped by paedophiles in your country and mine? Is it right for God to do these things ‘anytime he pleases’ (to use John Piper’s words)?

A Calvinist such as Hammster is an example of how the Calvinistic Reformed deliberately change the meaning of ‘world’ in John 3:16 to make it mean ‘not everyone’, ‘his chosen people’ or ‘he saves those he loves and that is not the whole world of all people’.

This is a classic example of distortion or lying about the truth of ‘world’ in John 3:16.

We know that God’s love for all of the people throughout the world was manifest when Jesus died on the cross, not for the elect but for the whole world. This is stated clearly in 1 John 2:2 (ESV): ‘He is the propitiation for our sins, and not for ours only but also for the sins of the whole world’.