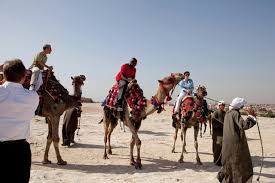 It is not unusual to hear or read the secular media hacking into biblical Christianity.

Near the beginning of 2014, some of you may have been exposed to what seems like a tirade of derogatory comments in the mass media about camels recorded in the Book of Genesis; Genesis can’t be trusted, and the Bible is unreliable. This is a sample of what I’ve read:

From these articles, there are statements such as these:

‘There are too many camels in the Bible, out of time and out of place’.

‘One should be careful not to rush to the conclusion that the new archaeological findings automatically deny any historical value from the biblical stories’.

‘Archaeologists from Israel’s top university have used radiocarbon dating to pinpoint the arrival of domestic camels in the Middle East — and they say the science directly contradicts the Bible’s version of events’.

‘In addition to challenging the Bible’s historicity, this anachronism is direct proof that the text was compiled well after the events it describes’.

‘Scientists say a new discovery involving camel bones is calling the accuracy of the Bible into question’.

‘The more precise dating puts domesticated camels in Israel “centuries after the patriarchs lived and decades after the Kingdom of David,” according to the researchers’.

‘A scientific report establishing that camels, the basic mode of transportation for the biblical patriarchs, weren’t domesticated in Israel until hundreds of years after Abraham, Isaac and Jacob are said to have wandered the earth’.

We could go on and on with examples trying to disprove the accuracy of the Bible. But, what’s the truth? Should we chuck out the Book of Genesis as an unreliable piece of literature that should be treated as containing myths? Or should we treat it as Jesus did? You’ll find some of Jesus’ evidence in the articles,

But there were camels in ancient Egypt

Lita Cosner’s article, ‘Camels and the Bible‘ (Creation Ministries International, 11 February 2014) provides evidence to contradict the Israeli archaeologists. I’m grateful for those who know their Bible and the scientific literature and have material available to demonstrate the futility of the anti-Genesis charges.

The first mention of camels in Scripture is in Genesis 12, after Pharaoh took Sarai into his palace. “He treated Abram well for her sake, and Abram acquired sheep and cattle, male and female donkeys, male and female servants, and camels” (12:16). Job, widely regarded as living around the same time as Abram, had 3,000 camels at the beginning of the book, and twice as many at the end. He lived in Uz, which was in Arabia.

So the biblical evidence is that there were camels in Arabia around 2000 BC, and that Pharaoh had some too. This matches what we see from the archaeological record. A paper titled ‘The Camel in Ancient Egypt’ stated, “The proposed time of camel entry into Egypt after its domestication in Arabia was found between 2500 and 1400 BC”.[1] So not only did domesticated camels exist, they were in Egypt when Abraham was there. So this fits the biblical account perfectly. 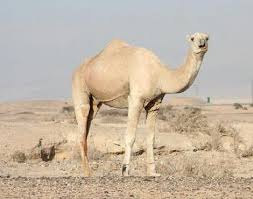 See another refutation of the anti-camel stance in, ‘Camels in Genesis Prove Old Testament is ‘Very Accurate,’ Professor Claims as He Refutes Archaeologists’ Findings‘ (Christian Post, 16 February 2014). It stated:

“What these archaeologists are doing… is when they read about somebody like Abraham having camels, they’re saying, “Aha! The Bible is saying that camels were widespread in Palestine during this period of time, and there’s no archaeological evidence for that,” Dr. Andrew Steinmann of Concordia University-Chicago tells Issues, Etc., a Christian radio station….

Steinmann agrees there’s no archaeological evidence for widespread use of camels in Palestine at this time, but adds that that’s not what the Bible is saying.

Amy Hall, a staff with the Christian group Stand to Reason, has transcribed the professor’s interview on her blog.

“What it is showing is that somebody who originally came from Mesopotamia, like Abraham, he did have some camels,” she quotes the professor as saying. “And then the other mentions of camels in Genesis and in the early part of the Bible have to do with either people related to Abraham that were living in the Arabian Desert (for instance, the Ishmaelites…have camels when they come and buy Joseph and take him down to Egypt), or other peoples like that, associated with the Arabian Desert-the Amalekites…who live on the edge of the Arabian Desert are mentioned a number of times having camels. But there’s no mention of Israelites owning camels….”

Here is some more evidence in support of camels at the time of Abraham:

‘Abraham, Camels and Egypt, or, Where did Abram get his Camel from?Genesis 12:1‘ (Studylight.org).

‘Is the Bible Wrong about Camels?’(Stand to Reason).

I pray that you will be equipping the people in your church to provide a defence of the Christian faith when this kind of opposition comes. Here I’ve attempted to provide enough links to get you started with a few opportunities for equipping. We are blessed that there are equipping ministries who have researchers and writers to deal with these issues – and provide us with ready information to pass on to our church people.

In addition, these ministries make their material freely available on the Internet.

‘Again, it’s the problem of [the archaeologist’s] assumptions’ (Stand to Reason)